Back when I was a journalist, I was always proud to be a hero to people. I still remember when Jakarta was hit by a big flood until the HI Roundabout was submerged in brown water, I didn’t come home for 3 days. My work in the field is with the team monitoring floods. I still remember, even that day the coverage team from where I worked was the first to enter the West and North Jakarta areas, which were already like a dead city. 3 days moving places that cannot be accessed for information, evacuation, and distribution of donations. I am proud that I can be a source of information for others.

Even so, there is a high price to pay. I had to let my vacation time be cut off by a day even though that week I had permission to exchange holidays with my boss because I wanted to date and prepare an application. I’m also willing to sleep next to each other like salted fish with coworkers who are all male, don’t wash their hair for days, sleep in the car, don’t take a shower, even my friends have water fleas on their feet because of taking pictures in the flood.

But yes, that’s the job of journalists. Instead of collecting a lot of money, the work is based more on dedication. Because if you want to be rich, don’t be a journalist because the salary is small. The work of journalists is based on conscience and the intention to help. I don’t think journalists are the only ones like this. Police, soldiers, doctors, health workers, even officials (supposedly) are based on humanity, not just for money. Like this drama, where the main characters work in the field of work related to humanity. 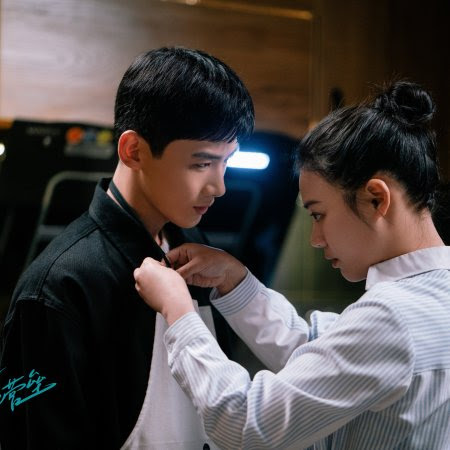 Synopsis You Are My Hero

Mi Ka is an intern surgeon at a hospital. Once upon a time, he was caught in the middle of a robbery that nearly took his life. Luckily, he was rescued by SWAT troops. Since then, he fell in love with this rescue profession. Until a few years later he and several of his fellow doctors attended disaster safety training with the Xianjing SWAT Team and were reunited with ‘Uncle Swat’ who is also the captain of the team he had idolized for years, Xing Kelei.

At first Mi Ka didn’t know that Xing Kelei was a SWAT member who had saved her. But after various events and coincidences, Mi Ka finally finds out who Xing Kelei is. Their professions which are both in charge of helping people also make Mi Ka and Xing Kelei often meet until they finally fall in love with each other.

Mi Ka has big dreams as a surgeon, while Xing Kelei’s tough task of saving lives awaits. Like the humanitarian professions who both do not know the time and hours of work, can they survive each other to continue their relationship?

Review You are My Hero

I watched this drama without any expectations so that my friend’s words made me baper. The problem is that there are so many episodes, 40 episodes for me is quite a lot, you know, so that 1 episode is only 40 minutes long. Watching it can take up to weeks because I’m siboook, haha.

Can you imagine what kind of conflicts will there be in 40 episodes? Very typical of Chinese dramas, it’s certain that conflicts come and go, not just one main conflict or problem. The cycle is conflict-resolution-conflict-resolution. So up to 40 episodes. So, when I watched this drama without expectations, it felt lighter.

Read More..
Black Widow
OLD
The Medium
Reminiscence
Shang-Chi and the Legend of the Ten Rings

You are My Hero is a typical light drama that can be watched casually. The conflict between the characters in my opinion is not heavy. The conflicts usually intersect with the professions of the characters. There are no too antagonistic characters in this drama. This is what I think makes this drama very light to watch. It can be watched while paused for a few days because it’s not so addictive to keep watching each episode. But the story is warm and doesn’t make you angry with lots of plot twists.

There are many who say this drama is a kind of remake of the Descendent of The Sun drama played by Song Joong Ki and Song Hye Kyo. But some say it’s also different, only the main character’s professional background is the same, a male in uniform and a female doctor. Some snippets of the scene also say the same (said comments from We TV viewers). Who knows. Because this story is said to be based on a Chinese novel. Later when I watch Descendent of The Sun, I will update again about the same story or not.