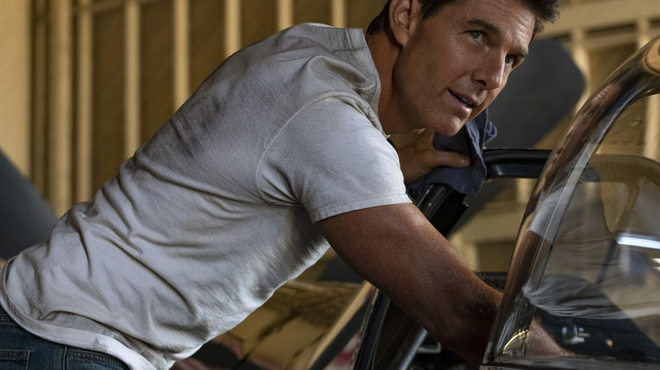 Before “Top Gun: Maverick” could go into production, it took more than thirty years and a certain day in 2017 when Tom Cruise took charge.

Top Gun: Maverick , a sequel that took its time

The success of Top Gun was dazzling, with an immediate impact in pop culture and reaching the top of the world box office in 1986 (353 million dollars in revenue). Naturally, a sequel is quickly imagined, but everything is already going too fast.

Indeed, for Tom Cruise , Top Gun brings him into another dimension . He continued with Cocktail , Rain Man , Born on the 4th of July and Days of Thunder in 1990, for which he reunited with Tony Scott and producer  Jerry Bruckheimer . For their part, the latter two also benefit enormously from the success of Top Gun and continued with Le Cop de Beverly Hills 2 in 1987.

During these years, logistical problems and the very high stamp requested by Tom Cruise prevented the sequel from being concretely developed. The other projects jostle and the actor, the director and the producer will flourish each on their side in the 90s.

It was then at the turn of the 2010s that the project for a sequel took concrete form, on the initiative of Jerry Bruckheimer and Tony Scott, with Christopher McQuarrie writing the screenplay. But on August 19, 2012, Tony Scott killed himself. He leaves an entire generation of fans of his cinema orphaned , and the longed-for project of a new Top Gun movie  comes to a halt. In 2013, Jerry Bruckheimer however assures :

We’ve been trying to do a sequel for almost 30 years and we’re not going to stop. We still want to do it with Tom and Paramount is interested in producing it. (…) He has been thinking about it for a long time so as long as he has this desire we hope to be able to do it.

A few more years pass, before in 2017 the situation is unblocked for good and Top Gun: Maverick quickly takes shape.

When Tom Cruise pulls out the phone

In the spring of 2017, while Tom Cruise was filming Mission Impossible: Fallout in Paris, on the other side of the Atlantic Joseph Kosinski introduced himself to Jerry Bruckheimer with the first elements of Top Gun: Maverick . The producer then attempts  a gamble . He flies away with Joseph Kosinski for Paris and the two men meet Tom Cruise. “Mr. Blockbuster” tells it in an interview given to The Hollywood Reporter .

Joe Kosinski had a lookbook, a poster and the title “Top Gun: Maverick”, and he told Tom about the development of the character and the story he wanted to tell. So Tom looked at him, pulled out his phone, called the Paramount boss directly and said, “I want to do a new Top Gun.” And that’s all. This is where it all started. 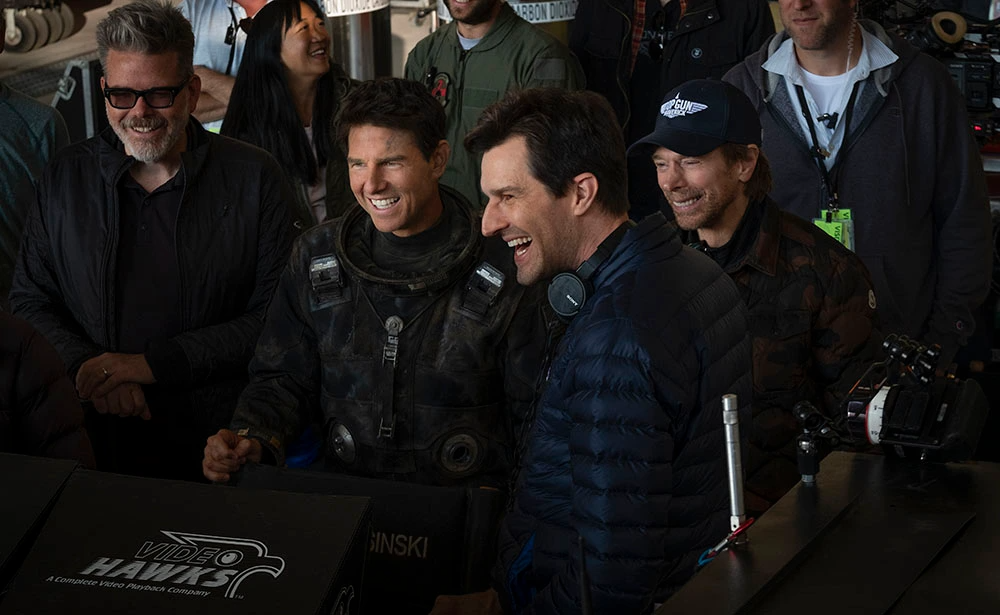 Given the actor’s hectic pace of work and his full involvement in the Mission: Impossible franchise , Joseph Kosinski’s proposal might as well have been swept aside. But Tom Cruise was immediately convinced, and we can measure his power as a Hollywood superstar with this simple phone call .

And as Slash Film wrote , reporting the words of a Paramount executive: ” Tom says what he wants and the studio says what he wants. And then Tom gets what he asked for .” A punchline all the more amusing as it is undoubtedly very true…