David Alaba’s presence at the Santiago Bernabéu is ruled out

Guardiola recovers Joao Cancelo, regarding the first leg match at the Etihad 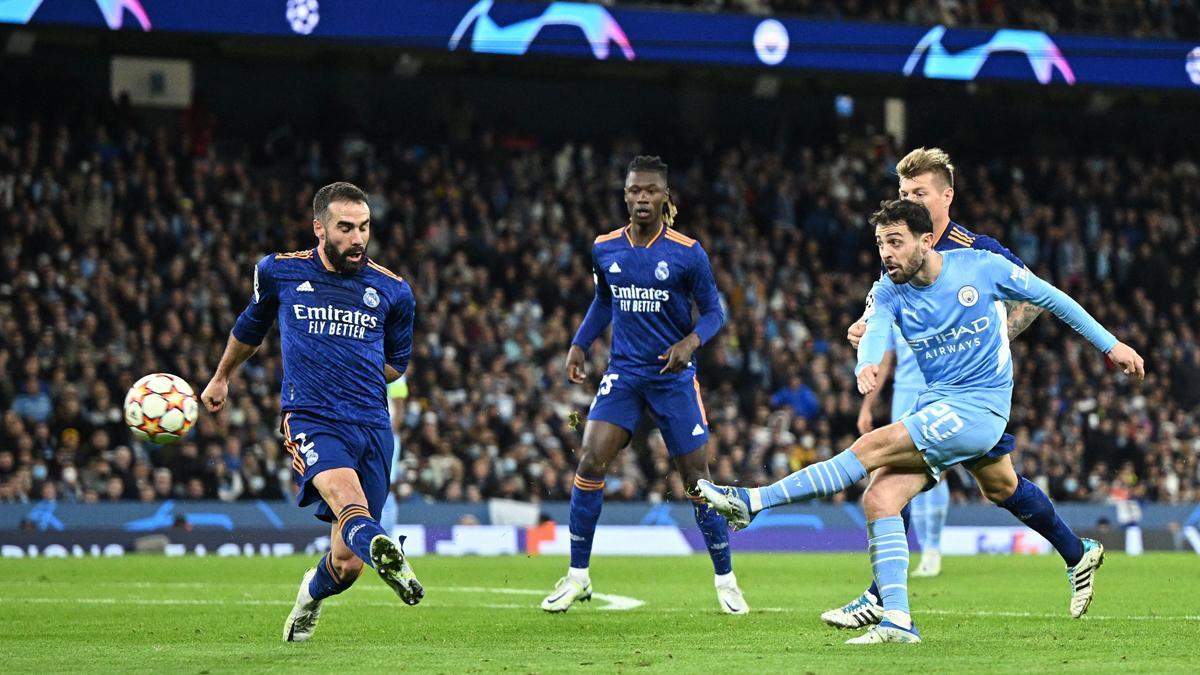 The Santiago Bernabéu will pass sentence in the semifinals of the Champions League. Manchester City and Real Madrid will play for a ticket to play in the final of the continental club competition . The 4-3 that Guardiola’s men achieved at the Etihad gives them a certain advantage, but Ancelotti’s men have more lives than a cat.

Valverde, Vinicius and Militao, the muscle of R. Madrid against City

Real Madrid are practically guaranteed the loss of David Alaba, who continues to train outside the group, so the Austrian will not be on the squad list for the decisive European match. His position would be occupied by Nacho .

With regard to the team led by Pep Guardiola, they will have the novelty of Joao Cancelo on the right side, compared to the first leg. The Portuguese defender was already in the game on the last day of the Premier against Leeds, playing 90 minutes, and will start at the Bernabéu .

So, these are the probable line-ups for Real Madrid and Manchester City in the second leg of the Champions League semi-finals: