Xavi has to decide what to do with Miralem Pjanic He has liked him during the tour and thinks he would be a good reinforcement If he stayed, he could push another midfielder out 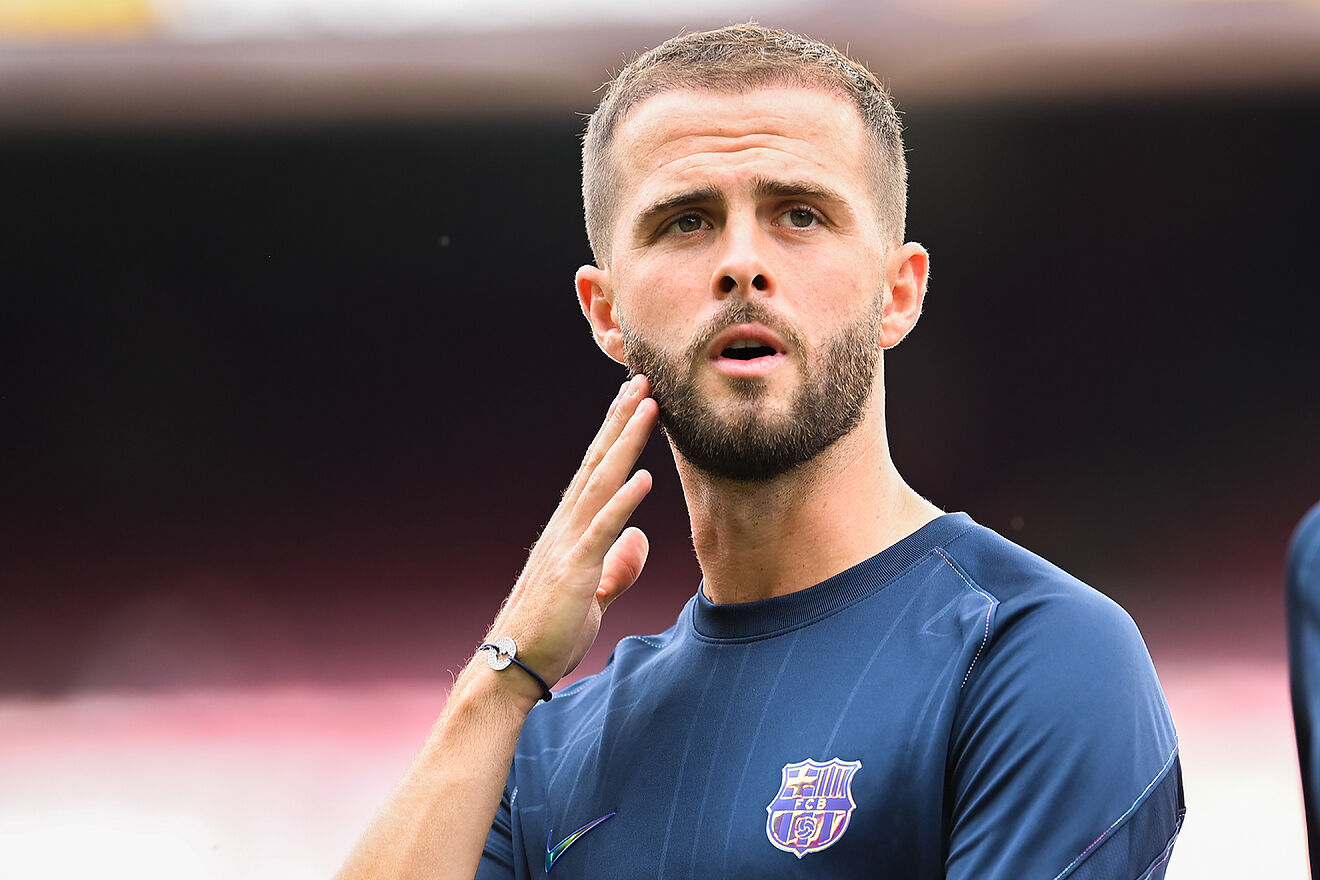 At the beginning of August we will sit down with the sports management to decide on the definitive preparation of the squad. I have it 99 percent decided”. This is how Xavi Hernández explained in his last appearance on the tour of the United States how the situation of the squad was at this point in the summer.

That there is an excess of players is evident. It is necessary to give the definitive arreón to the Exit Operation . Among so much movement, there is an unexpected signing, that of Miralem Pjanic . Xavi recognized at the beginning of the American tour that the Bosnian was starting from scratch. That he could win the possibility of being part of the new Barça if he convinced him during the preseason. The Balkan media picked up the glove.

From what the Barça coach himself says, Pjanic is doing everything necessary to be able to stay in the team. The player from Egar is full of praise for the quality and style of play of the Bosnian. That, coming from one of the best midfielders in the history of this sport, is not anything.

Meanwhile, the player returned to Barcelona yesterday after taking advantage of the days off given by the coach to see his family. He is optimistic about the possibility of staying on the team.

Pjanic always regretted the treatment that Ronald Koeman gave him during his time as coach. When Xavi arrived, he admitted that he saw it as a possibility to finally make a career at Barcelona. In addition, the Bosnian was excited to be able to fulfill the dream of playing under the orders of one of his idols.

What if he stays?

Apart from the purely sporting decision by the coach, there are other factors that will influence the decision on Pjanic’s future. On the one hand, to see if a footballer of his career, who has always been important in the teams he has played for, is willing to assume a secondary role at Barça. With Busquets, Gavi and Pedri , becoming a regular starter will be difficult.

If Pjanic’s answer is yes, we move on to the economic issue. And it would be to see how integrating him into the team can fit in with financial fair play. In principle, it should not be too complicated, since the player accepted a significant salary drop at the time.

The last element to take into account is how its incorporation would affect the planning of the workforce. If Pjanic stayed in the team, it is likely that one more midfielder would have to leave.

That is where the name of Nico González enters the scene. The canterano could see forced to look for some type of cession to be able to add minutes. That’s the only important thing in his case right now. He needs to gain experience and if there are too many midfielders in the squad, that would be counterproductive.

In that case, both Xavi and the sports management will have to consider what is more interesting for the club: stay with a veteran player of proven quality or invest in the future of the entity by giving a young talent a chance. Xavi has gone from being short of players to living in abundance of resources.......