Disney + invites us to discover the scam of the century that will have put the whole of Silicon Valley on fire and blood. Critical. 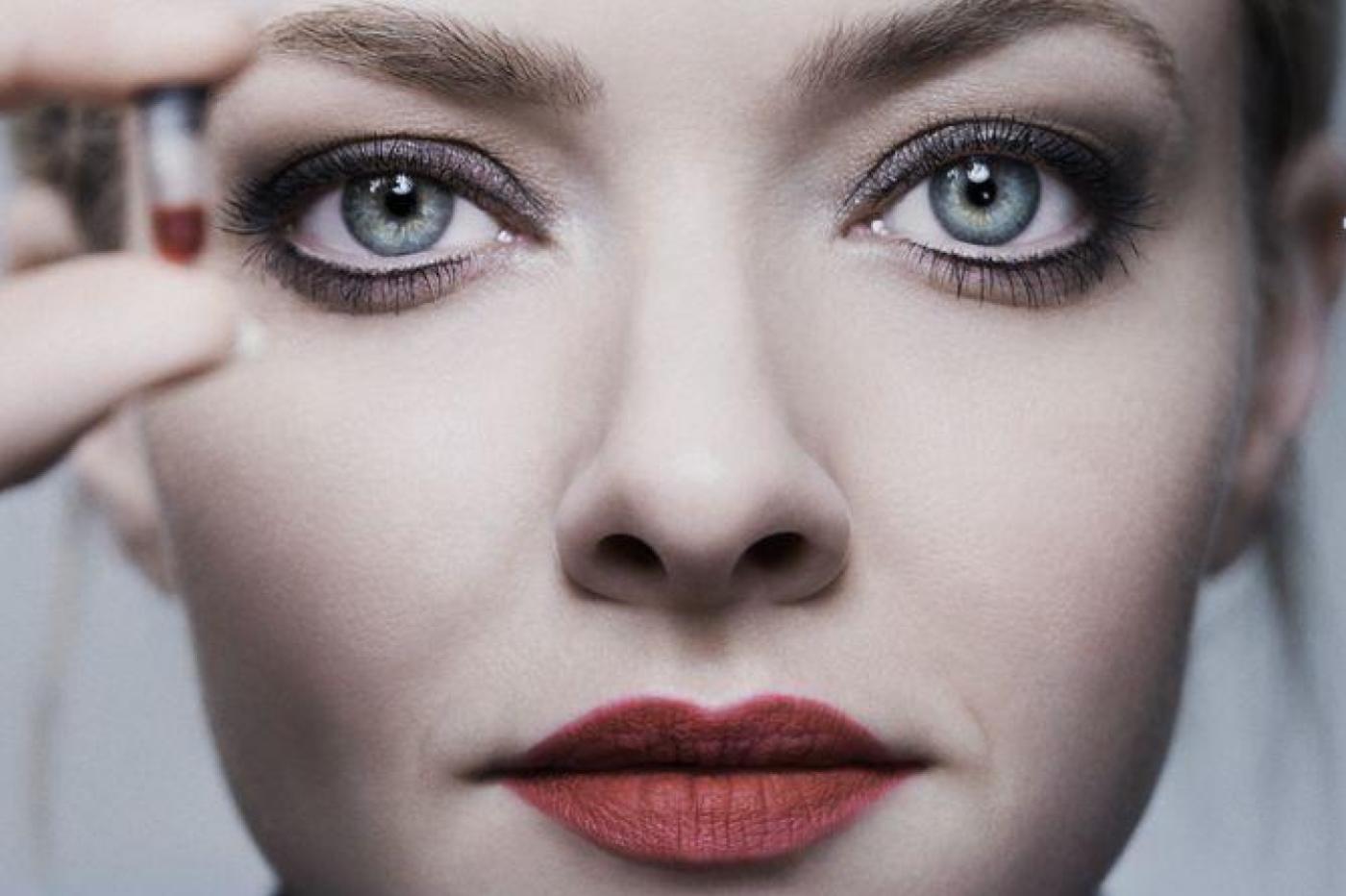 True crime is popular on streaming platforms. Inventing Anna , Dopesick and WeCrashed are so many series and films of the genre that have appeared in the various SVOD catalogs since the beginning of the year. Thus, it is not surprising to discover a series adapted from the biggest scandal in the history of Silicon Valley making its appearance on Disney+.

While the Theranos affair is probably not as publicized in France as it is across the Atlantic, the trial of Elizabeth Holmes, founder of the American start-up which aimed to revolutionize blood tests, was coming to an end on 12 last January. The former CEO was then accused of fraud and of having endangered the lives of others. She has not been found guilty on all counts, but her sentence, which will be handed down next September, could amount to several decades in prison.

How did this young entrepreneur full of dreams and hopes come to this? Disney tries to bring to light the smallest details of this unlikely story that has piqued our interest. 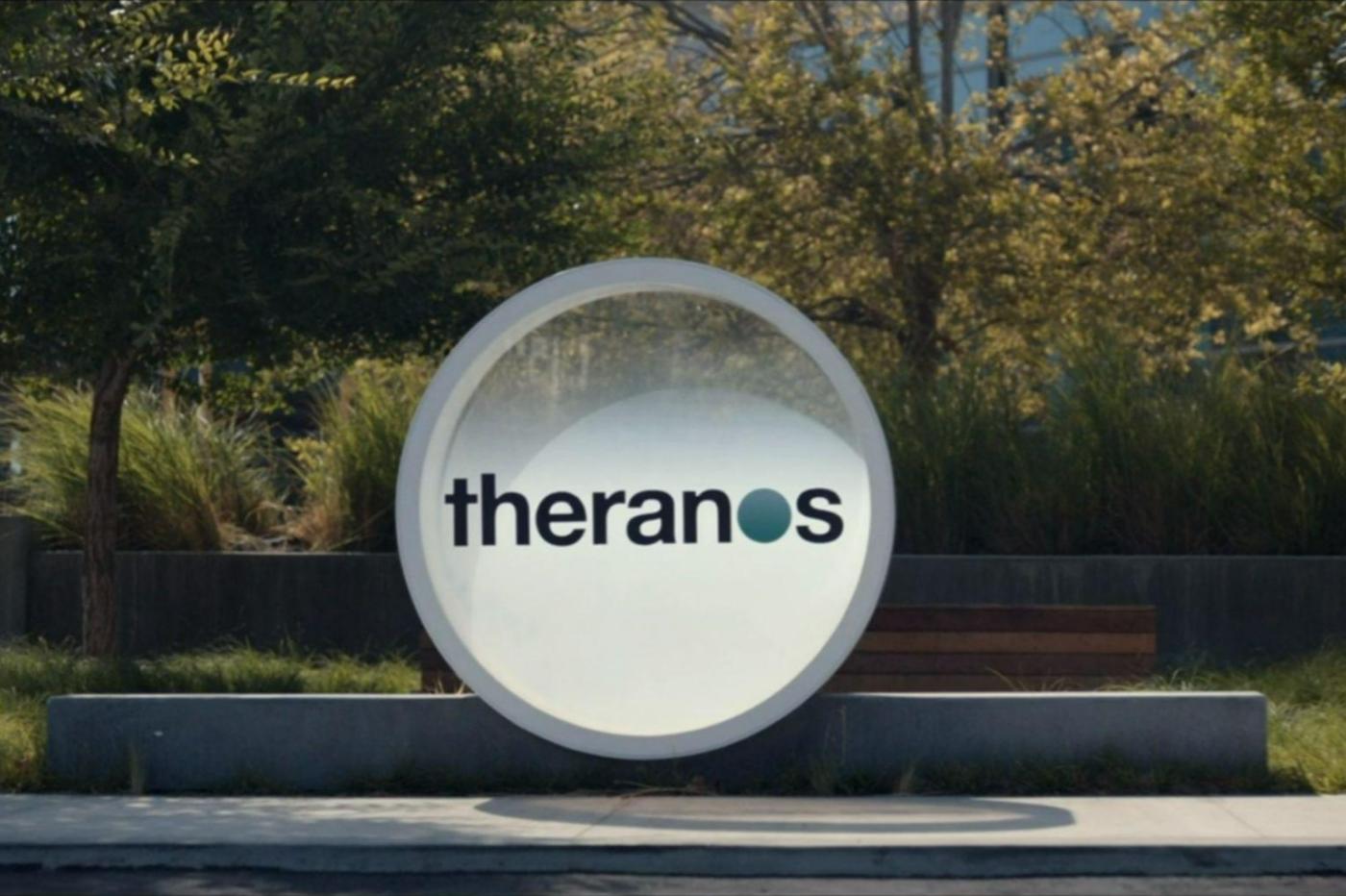 It all started with a lie

The strength of The Dropout lies in the intensity of its narrative inspired by true events . The story follows that of Elizabeth Holmes, a young woman full of ambition and hope who will find herself at the heart of a scandal involving her business and her actions. The series quickly teaches us more about the educational background of the future CEO of Theranos, in order to understand how the revolutionary idea that will lead Elizabeth to her downfall came to her. At only 19 years old, she founded her own start-up with a specific goal in mind.

Its objective: to simplify blood tests by offering a machine capable of carrying out a whole battery of tests from a single drop of blood to avoid the needles that terrify some. This beautiful project with the vocation of changing the course of medicine was unfortunately too ambitious and was more of a dream than a reality. Young Elizabeth’s need to succeed will push her to do everything to believe in it, even if it means sinking into her own disillusions. The first test of its machine is then falsified, the beginning of a long series of lies which will end up condemning the start-up which wanted to be revolutionary, and will make blood flow on the hands of its creator. 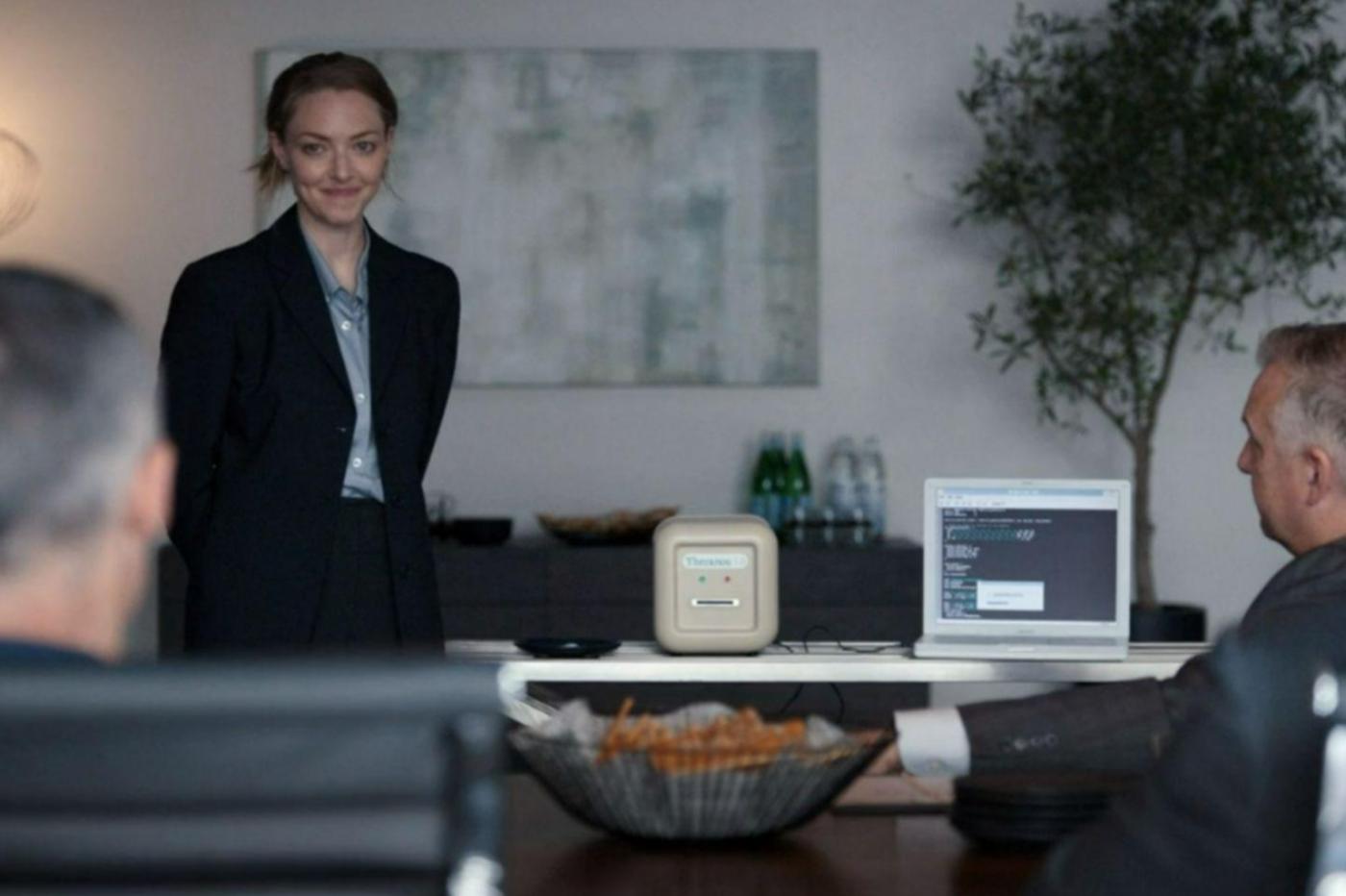 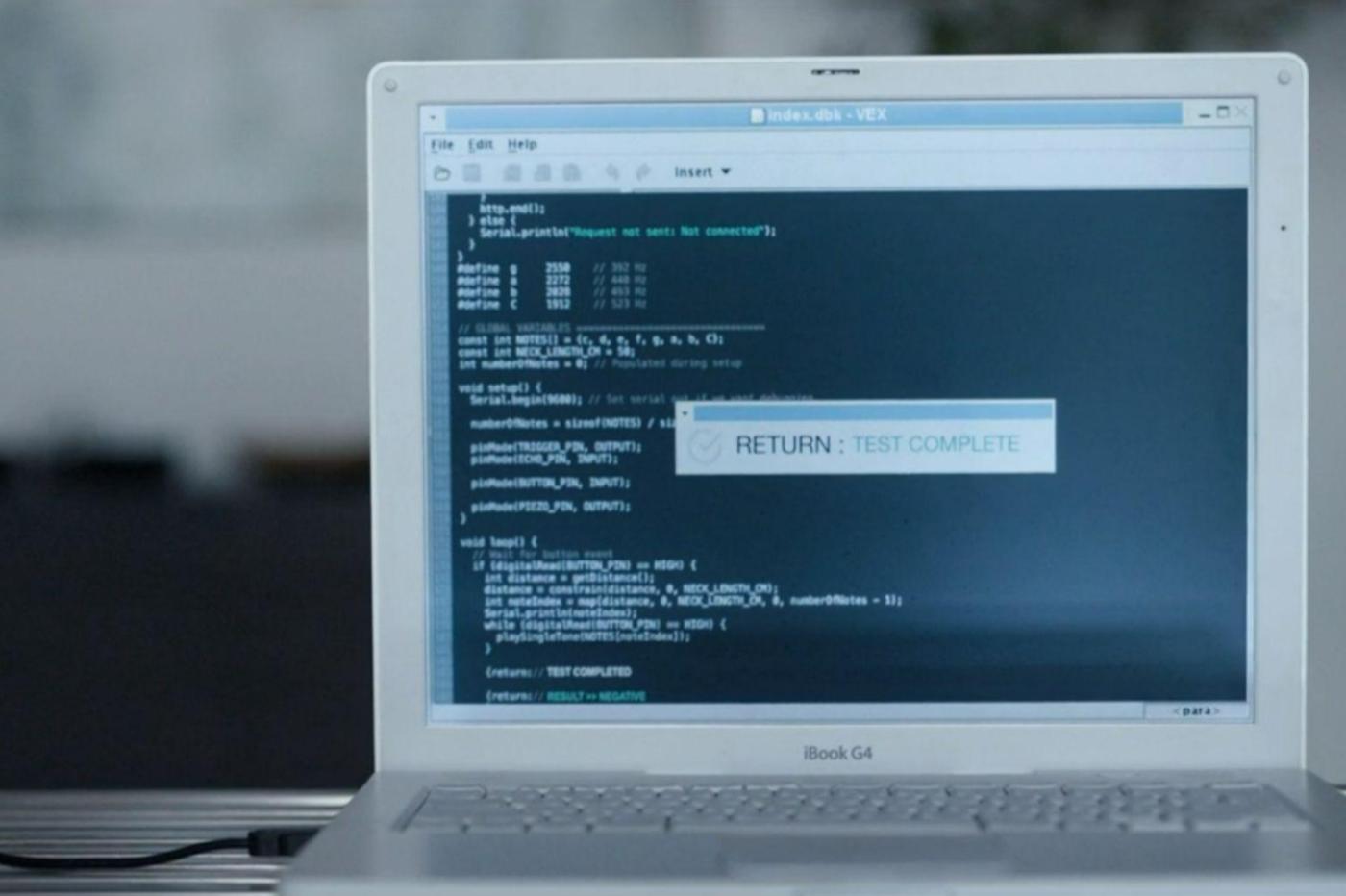 From the outset, the series does very well to put the viewer in the bath even without any prior knowledge about this historic case. The sequence of scenes recreating the trial of Elizabeth Holmes and scenes retracing her past immediately highlights the contrast between the young girl and the future fallen entrepreneur. In the face and in the voice, everything seems to be different and then creates apprehension about what we are going to discover in the following episodes, because it makes you wonder what could have transformed her so much. This staging, making us quickly travel between the past and the future, allows an instant investment in the story and is undeniably one of the strong points of this series. The most striking still remains the game of the main actresswhich transports us directly into the mind of the young entrepreneur. 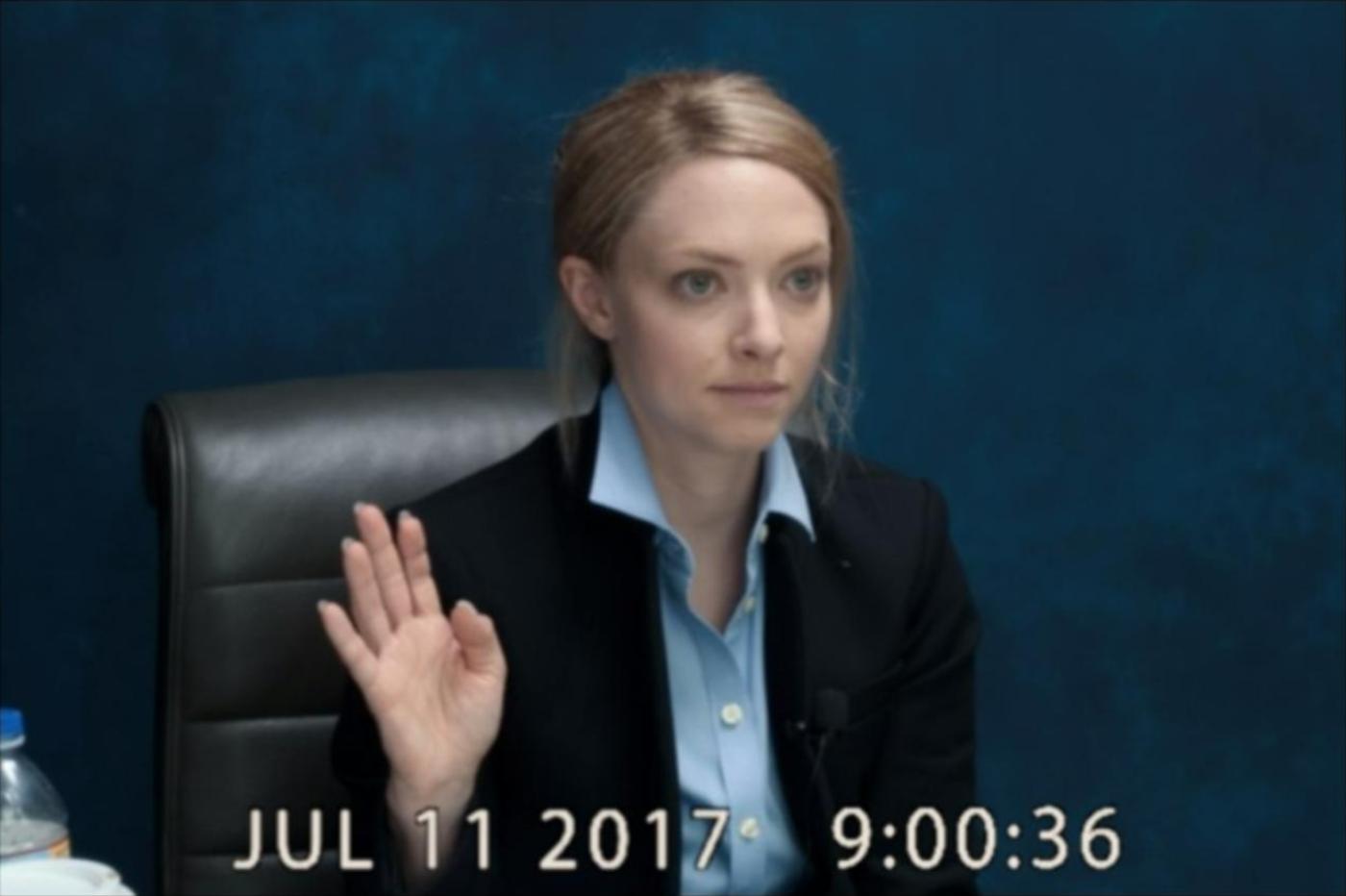 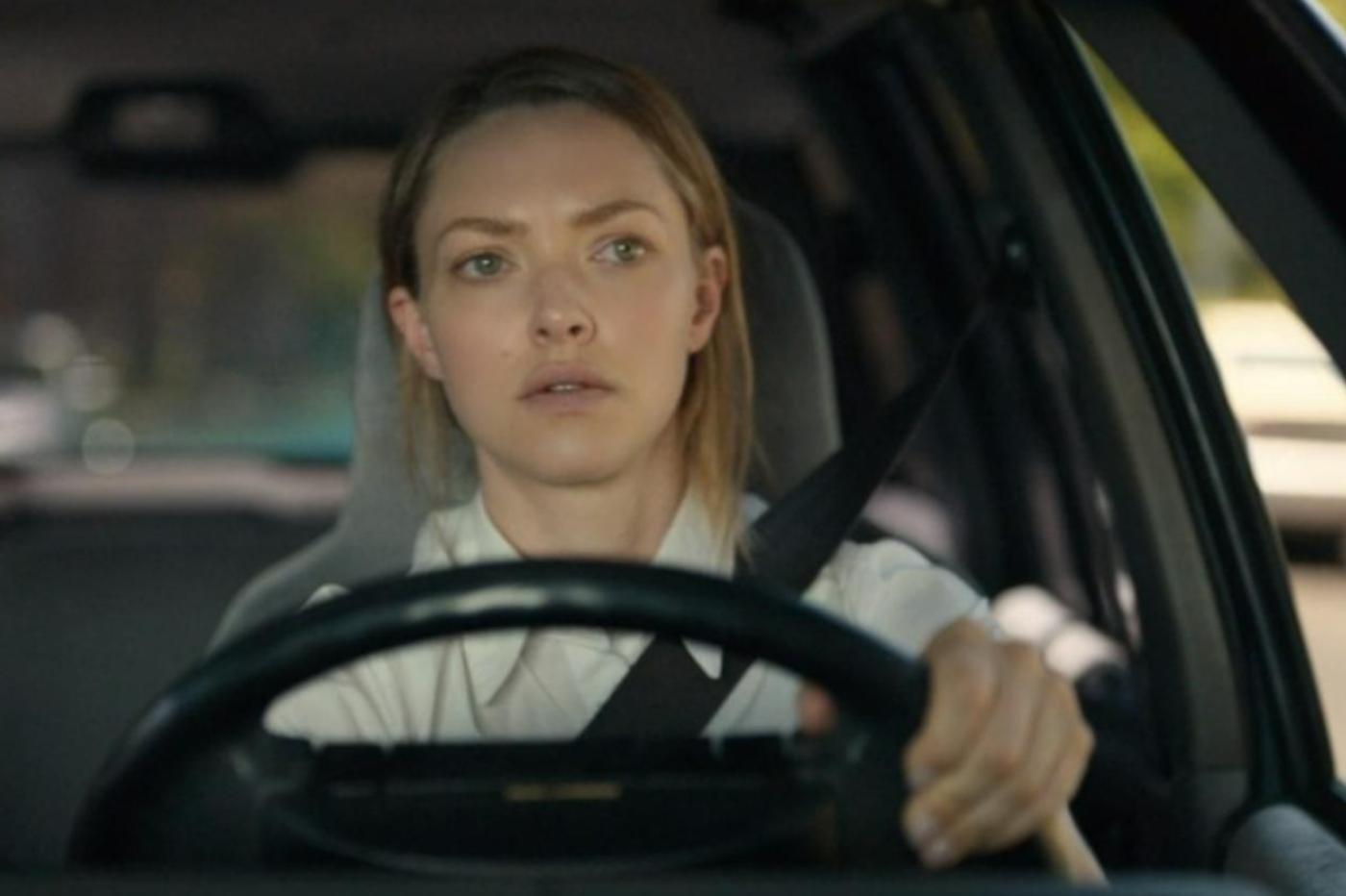 The series has the merit of being carried by the incredible performance of Amanda Seyfried . Far from her previous roles as Sophie in Mamma Mia or Anita Lesnicky in Jennifer’s Body , the actress manages to play Elizabeth Holmes to perfection at every stage of her journey. Her performance particularly shines in the way she manages to change the character and the way the character looks, piece by piece. These changes are often represented in scenes where we see Holmes trying to imitate great CEOs such as Steve Jobs or Bill Gates in front of a mirror or a poster. She does everything to look like them, from facial expressions to voice intonation.We then observe a real almost frightening metamorphosis as the young woman advances towards her goal. 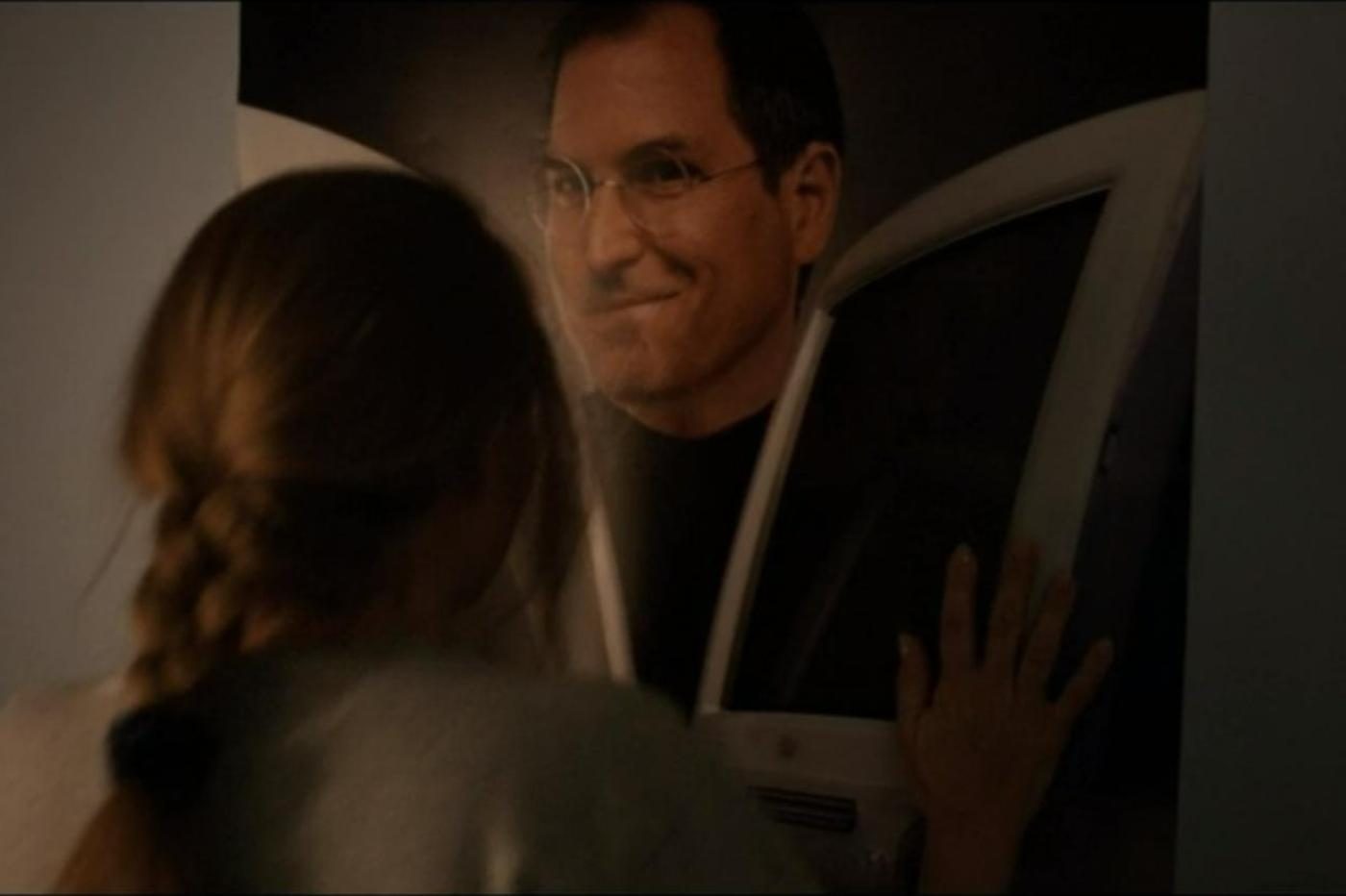 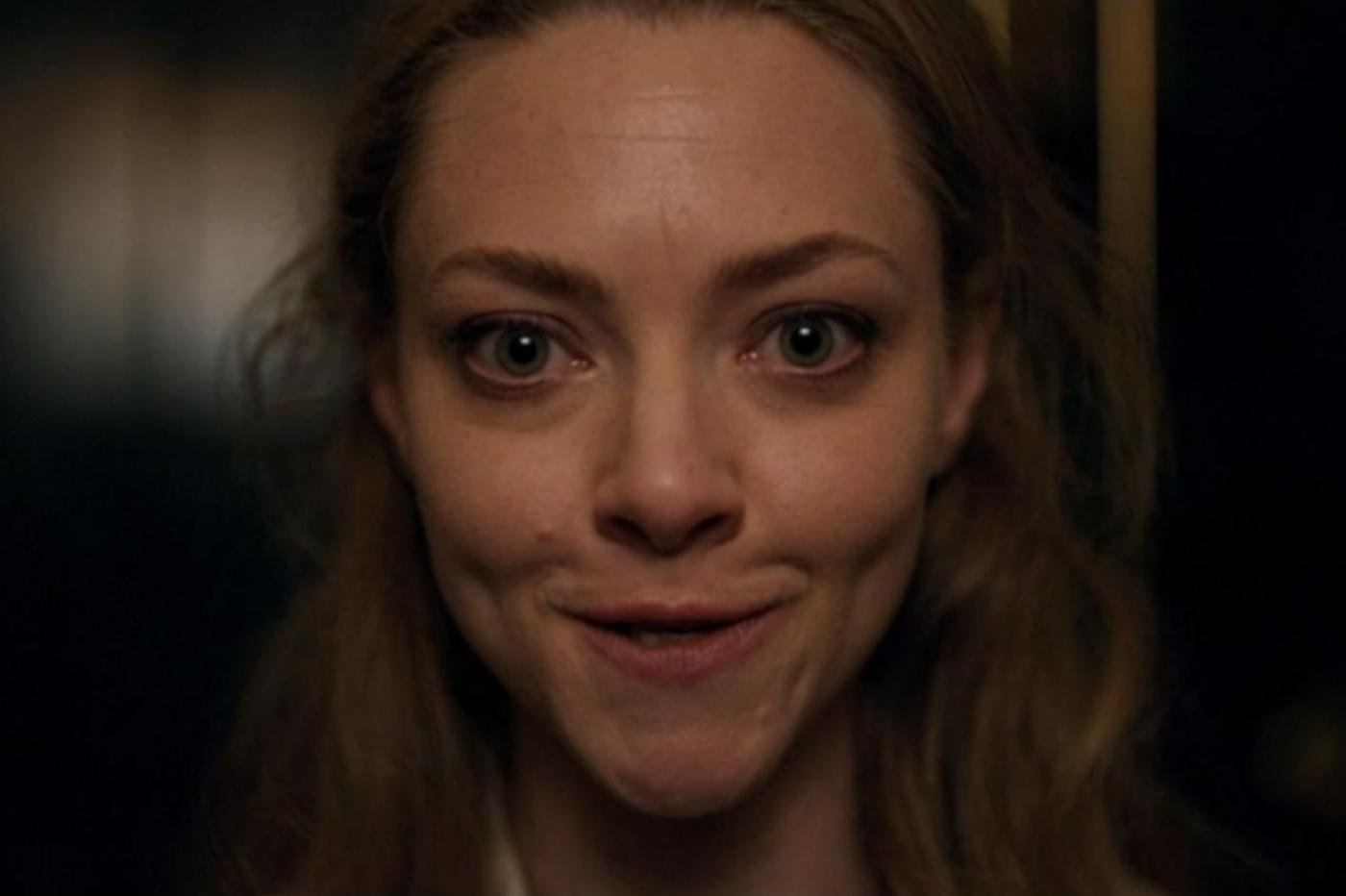 Although these scenes are attributed to Elizabeth’s need to make a name for herself in Silicon Valley as a woman, the way Amanda Seyfried plays in these moments seems much stronger than this simple symbolism . The main actress and her acting are the major strength of this series because she manages to appropriate the character down to the smallest detail. The direction that Elizabeth’s character takes in the series, in her behaviors and the way she speaks and adapts to situations in public, is reminiscent of actions that are often attributed to neuro-divergent people on the autism spectrum .

However, medical professionals who came into contact with Elizabeth claim otherwise, and she has never been diagnosed as being on the spectrum. However, the media have always wondered about his ability to use his image as a little genius to appear like a copy of Steve Jobs. Top Silicon Valley CEOs are often portrayed as having ADHD or other behavioral disorders that many media claim is the strength of their minds that think ‘ out of the box ‘. It is not impossible to imagine that Elizabeth was then trying to emulate such behavior to pass for these other big winners in her field. The most obvious elements remain all the same the look, the intonation and the rhythm of speech which are reproduced at such a level of perfection in the original version that it is almost disconcerting. 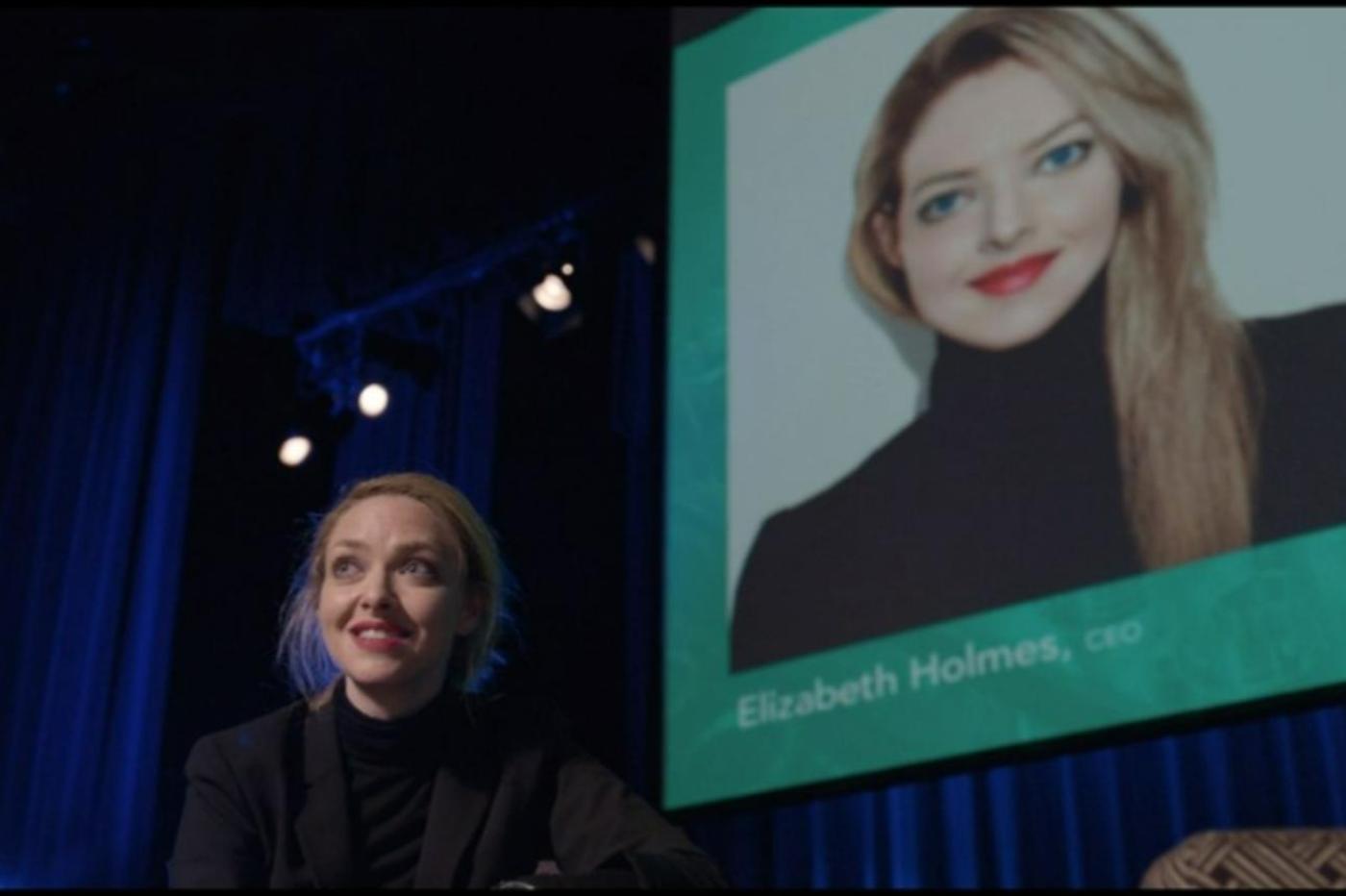 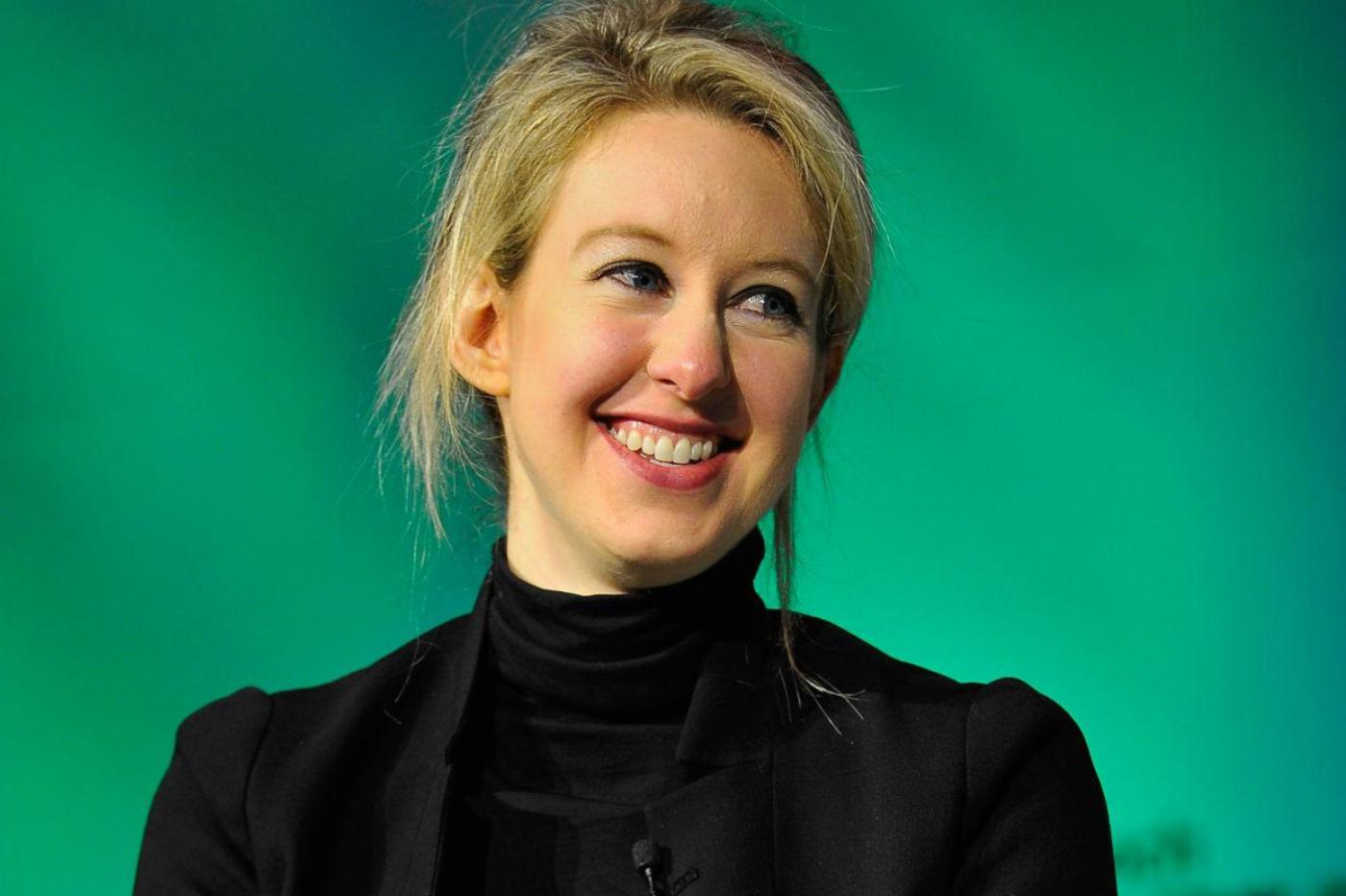 In addition to Amanda Seyfried’s performance, which alone carries the entire series, the main flaw of this one unfortunately remains the uneven rhythm of its narration . The series starts strong from the first episodes which are enough to take us to the guts and put us at the heart of the stress imposed by the lies of Elizabeth Holmes. However, once Theranos’ hidden failures are exposed, nothing is there to surprise us. From episode 3, the young CEO already seems to be at its lowest and the pace is running out of steam .

This strange emotional elevator then leaves an impression of boredom for a few episodes, until the pressure finally rises in the last moments. The series manages to dramatize the final events very well by using a whole arsenal of cinematographic techniques. Scenes of action and stress amplified by an intense soundtrack make it possible in particular to make up for the lack of adrenaline introduced by the median episodes. But this frenetic narration that takes place on the last episodes reveals a development that we feel as heavily scripted in comparison to the rest of the series., thus taking us out of the biopic and documentary atmosphere of the rest of the work. This is particularly the case of the scenes of disputes that one easily imagines as fictitious. Although it is necessary to have scenes where the blood of the characters is only turning to show the extent of the mistakes they have made, these overplayed scenes quickly lose authenticity. The “real facts” side is then lost and we find ourselves destabilized . 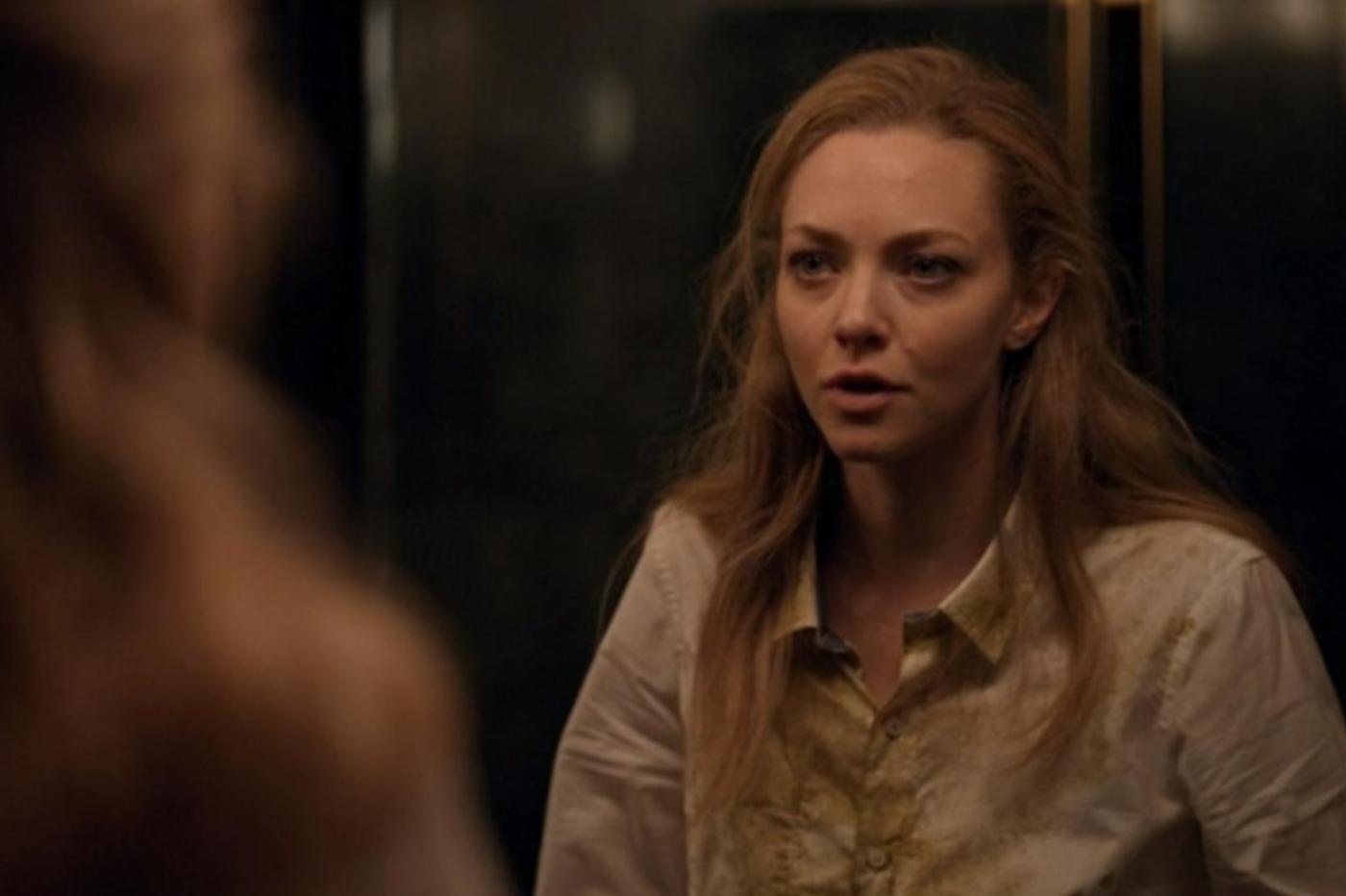 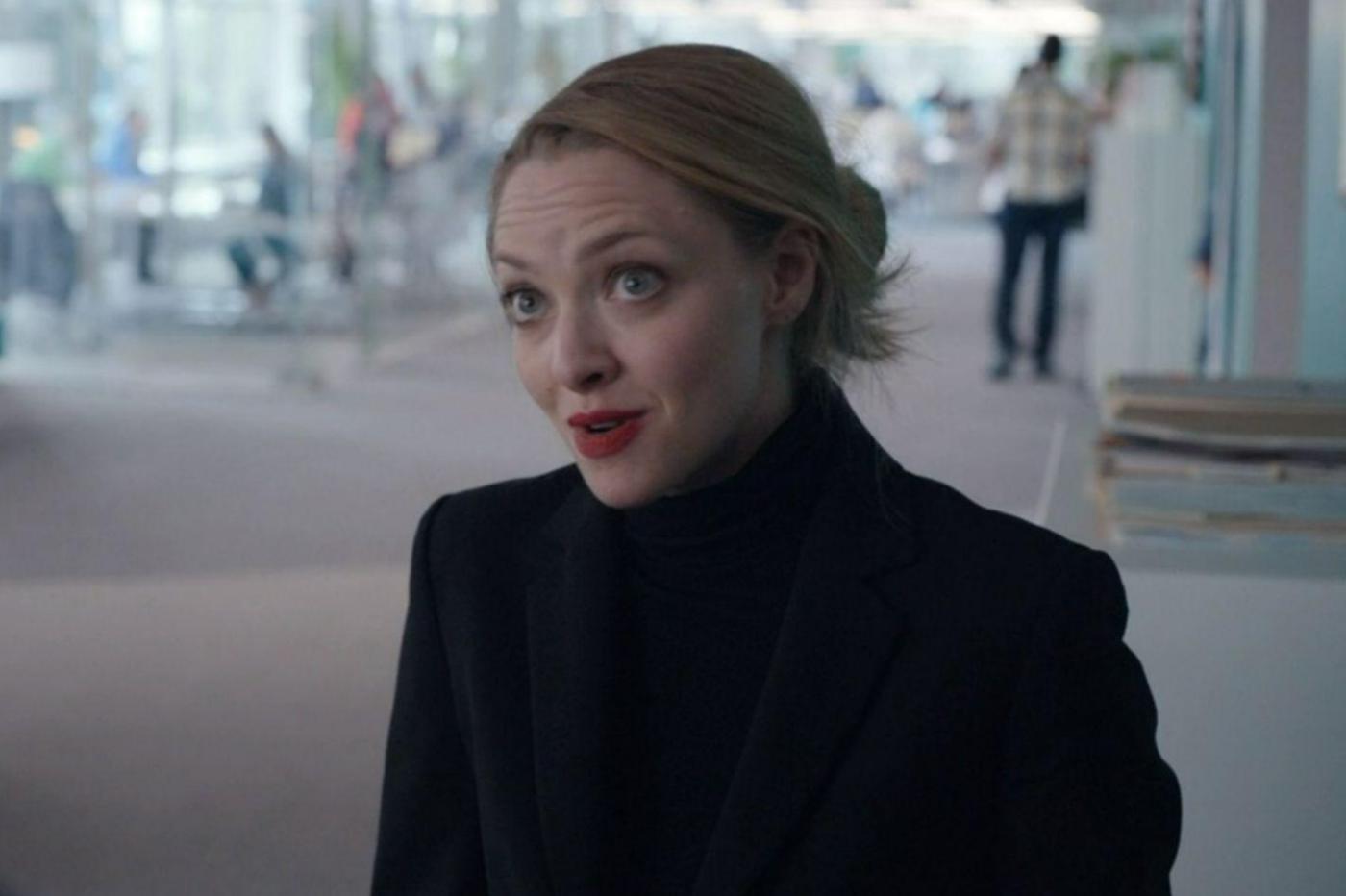 Despite everything, discovering the Theranos scandal from an internal point of view manages to have its sensational effect. The series manages to disconcert us to the point of questioning the veracity of this incredible story which shook Silicon Valley and the medicine industry in the United States. The Dropout then manages to do the job it is asked to do, that is to say transcribe one of the biggest scams in the world through a narrative for the general public, and although this has its ups and downs, the formula remains effective and will undoubtedly make an impression .