A Topic About The Causes Of The Failure Of Idol Dramas Became The Attention Of South Korean Netizens. Check Out The Complete Explanation And Response Of Netizens Below.

a netizen (OP) made a post on an online community forum about the reasons for the failure of dramas about idols. He wrote, “K-Pop has so much popularity, but why is the viewership rating of idol dramas like this?”

In the article, the OP mentioned that K-Pop idols always manage to create a global sensation. But despite their immense popularity, the response to Korean dramas depicting the stories of idols is not that great.

The article then mentions the extremely low viewer ratings of some idol dramas. Such as the KBS drama ” Imitation ” and the JTBC drama ” Idol: The Coup ” which received ratings below 1 percent.

This is in contrast to dramas about idols that aired a few years ago such as ” You Are Beautiful ” and ” Dream High “. Because the two dramas achieved extraordinary success, both in South Korea and abroad.

After being posted, this article immediately received many responses from other South Korean netizens. Some netizens consider the failure of idol dramas to be due to the acting skills of the cast and the limited target audience.

In addition, many also think that idols and dramas about idols are two different things. That’s why they are reluctant to watch the drama.

I think their acting is the reason, said one netizen. We see if they are really good at acting and if the drama is fun, added another netizen. That’s because the drama is not fun to watch, said another.

Their target audience is the problem, not the content of the story, said another netizen. That’s because not all viewers are idol fans, added another. Regarding the majority of the public, the consumption of idol content is only limited to that, said another.

Because people like idols, not actors, wrote another netizen. That’s because they like the idol, not the drama, added another. What do real idols have to do with idol dramas? said another. Drama producers don’t know what idol fans like, so they don’t watch it haha, concluded another netizen. 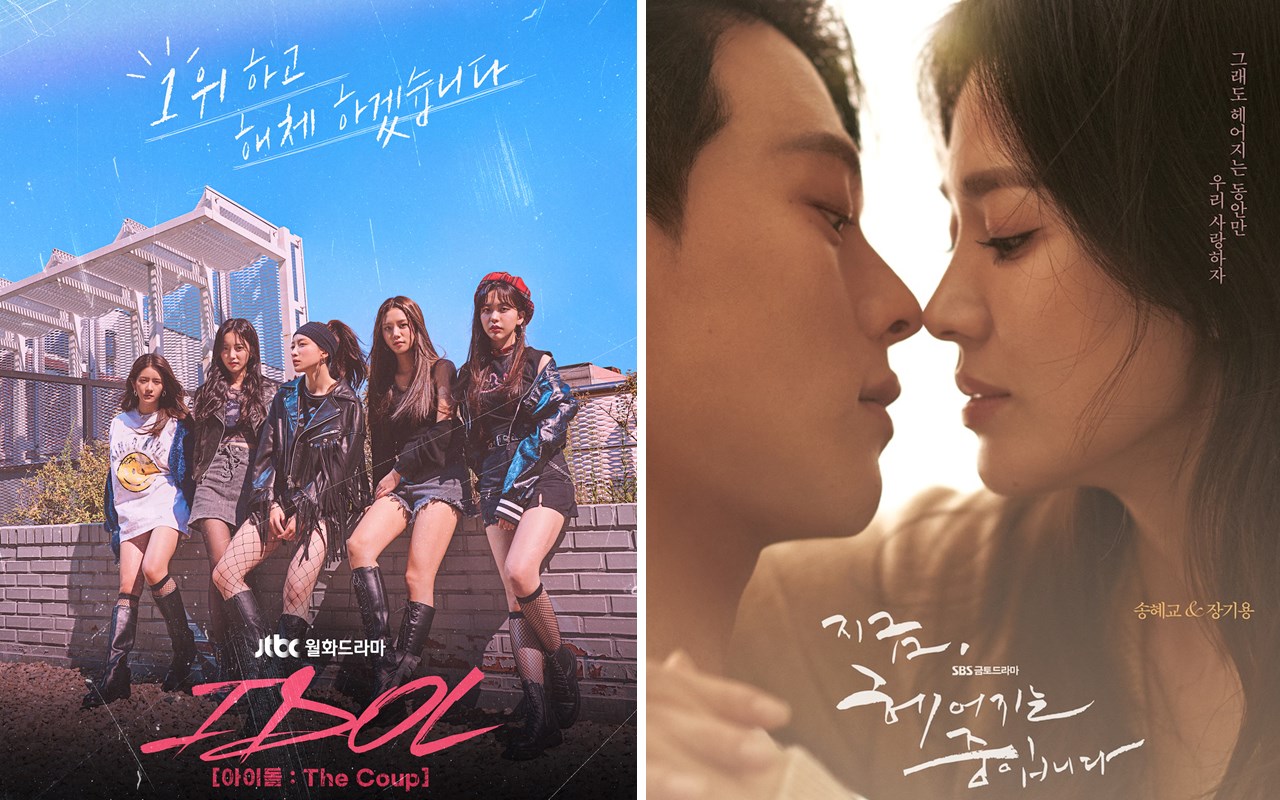 0 Percent Rating, ‘Idol: The Coup’ Review Points Beat ‘Now, We Are Breaking Up’ In China

‘IDOL: The Coup’ Is A Drama About Idols Who Fail To Achieve Fame And Struggle To Give Up Their Dreams Even When They Are Achieved. This Drama Centers On The Fictional Girl Group Cotton Candy.

Idol: The Coup ” is arguably less popular for small screen audiences. Since its initial broadcast, the drama, starring Hani and Kim Minkyu, has continued to record low ratings in the range of zero point percent.

But who would have thought that “Idol: The Coup” was actually very popular in China. One of the most popular and prestigious review sites in China, Douban recently announced that the JTBC drama points even beat ” Now, We Are Breaking Up “.

According to Douban’s latest score, “Idol: The Coup” won 8.1 points. The second position was occupied by the MBC drama ” The Red Sleeve ” starring Lee Se Young and 2PM’s Junho with 8 points. Next is ” Melancholia ” which paired Lee Do Hyun and Lim Soo Jung with 7.6 points.

Fourth place is “Now, We Are Breaking Up” starring Jang Ki Yong and Song Hye Kyo with 7.1 points. Then fifth place was ” Secret Royal Inspector Joy ” which paired Taecyeon and Kim Hye Yoon with 6.8 points.

The achievement of “Idol: The Coup” points is actually not too surprising for the Indonesian audience. The reason is that many have praised the drama about the life of this idol and are quite sad because of the low rating in South Korea.

“A drama that makes your eyes swell, but it’s recommended that you watch it ,” wrote a fan. ” Trying to watch this drama, it’s really good, it’s crazy, 4 episodes are blindfolded, please feel free to have a book with an e cover , guys ,” continued another.

Even though the drama is good, it seems that at the beginning it really makes you feel sick and then I don’t know what will happen next, we are still the Kim Min Kyu team , added another. It’s a must watch. Watching this means togetherness can really cry ,concluded other fans.

Meanwhile, “IDOL: The Coup” is a drama about idols who fail to achieve fame and struggle to give up their unfulfilled dreams. The drama centers on the fictional girl group Cotton Candy, consisting of leaders Jenna (Hani), Hyunji ( Solbin LABOUM ), Stella ( Han So Eun ), Elle ( WJSN Exy ) and ChaeA ( Green Redsquare ).