Even without a fight, one of the two shot dead three cashiers, two security guards, a retired Marine colonel, and even a boy who offered candy to criminals. 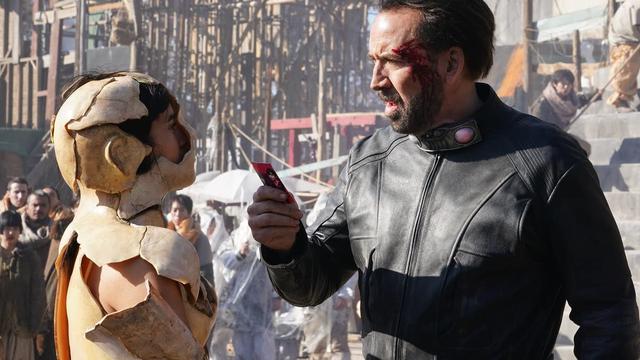 The story continues. The free status in question is that the Hero is allowed out of prison to look for Bernice (Sofia Boutella). He fled to Ghostland, an area called the area of ​​no escape. To make sure the Hero does his job, he is given a special costume with six explosive axes.

Two near the genitals, two on the neck, and the rest on the right and left wrists. His left wrist is equipped with a spectrogram microphone. The new hero can truly be free if Bernice confirms he is safe via the microphone. Unfortunately, Ghostland snatched his voice away.

Prisoners of the Ghostland is actually a project that was initiated a long time ago. December 2018, Sion Sono showcased his English-language film debut to the public. However, the project path is not as smooth as expected. Sion was operated on for a heart attack. 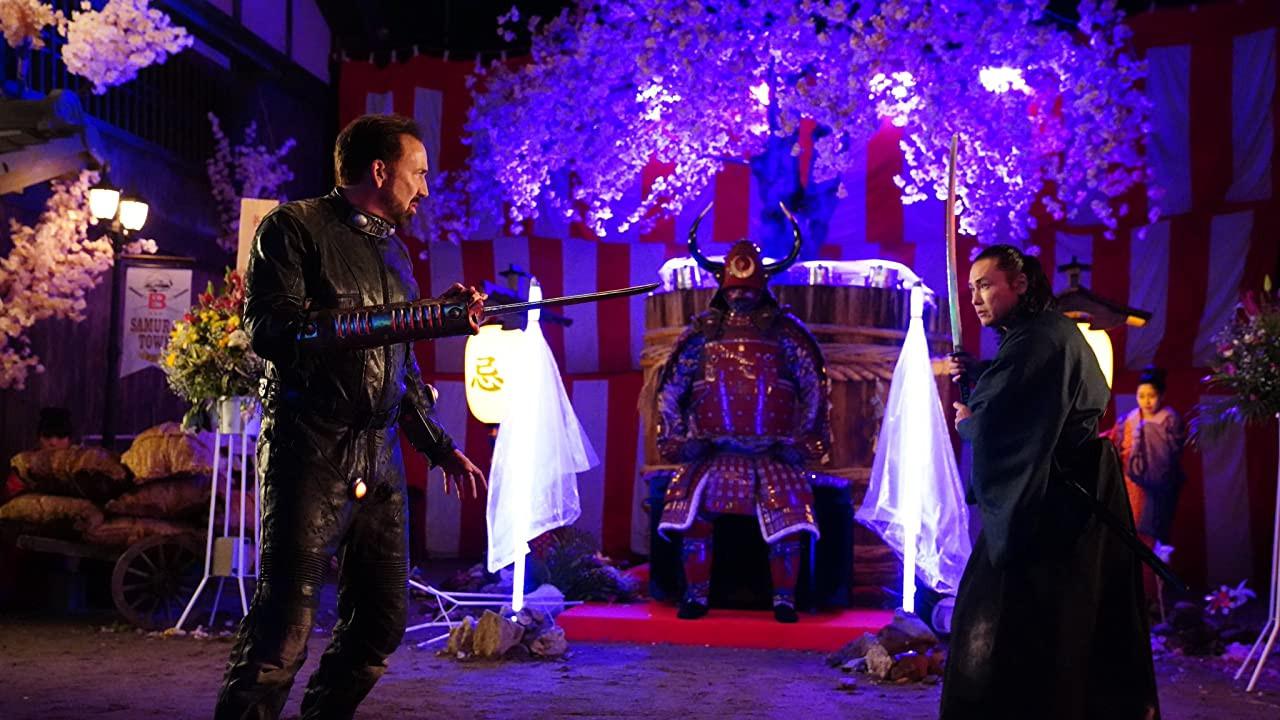 It was almost a year later that the project continued with Bill Moseley and Sofia Boutella on the roster. At first glance, Prisoners of the Ghostland is very promising. Moreover, in an interview, Nicolas Cage called this one of the wildest films in the history of his career.

Fact or just a trick? After watching, we have some notes. First, Sion seems to be working very carefully on this film. A number of cinematographic details, costumes, artistic arrangements, especially decorations and lighting, received more attention.

The governor’s domain is buzzing with colorful lights plus the girls being hired. The Asian sets, especially the Japanese ones, are made convincingly even though in some corners it looks like a studio.

hostland is the opposite of the governor’s throne. The color tone from the start is earthy . Berbedu, dirty, dirty implies hopeless at the highest level. Enoch (Charles Glover) as the leader of this hopeless community has no power until the Hero arrives.

Along with the rising of hope, bright colors began to appear in some points of Ghostland. The set of locations that the characters go to has their own peculiarities and certain meanings (if you pay attention) more carefully.

Unfortunately, Sion is a bit sloppy in maintaining the characters and a pinch of story logic. In particular, when the explosive fuse mounted on (sorry) one of the Hero’s testicles explodes.

Maybe the Hero has god-level immunity so the explosion only made his stride slightly limp while the face didn’t show the pain we ourselves were sick of imagining.

Or, indeed, Prisoners of the Ghostland is a fantasy fiction action genre that performs “mixed marriage” with noir so that it’s okay to (a little) ignore the audience’s reasoning. It is noteworthy, Nicolas Cage throughout 2021 starred in three films.

In addition to Prisoners of the Ghostland , there was Willy’s Wonderland and Pig which was flooded with critical acclaim. You can imagine how difficult it is to divide time, energy, and thoughts to bring three characters with different backgrounds to life. Lord Nicolas can do it.

The hero in Prisoners of the Ghostland is unclear where he comes from, what his family background is, and what abilities he has as a hero who brings change.

What we see throughout the film is still Nicolas Cage, nothing else. His charisma and facial aura convinced us that he was the hope and symbol of change in film.

Despite a number of accompanying notes, Prisoners of the Ghostland is still fun to follow. Moreover, the final round of this film presents a fighting party with quite a splash of blood.

The Excitement of the Third Round

A number of characters show true motivation and abilities in the final stages. The protracted beginning was redeemed by a lively war at the end. The nuances of politics and revenge are evident there.

Prisoners of the Ghostland is not Nicolas Cage’s best film. But still fun with a light sense of humor without ruining the mood that was built from the start. The third act made Sion Sono time to vent his disgust for criminals.

It goes without saying that this film ends with relief. Prisoners of the Ghostland is not in theaters. You can watch it officially via KlikFilm starting this month.
Cast: Nicolas Cage, Sofia Boutella, Bill Moseley, Nick Cassavetes, Tak Sakaguchi, Charles Glover