‘Dali And Cocky Prince’ Is Prepared To Be Broadcast As A Substitute For ‘Sell Your Haunted House’ In The Wednesday-Thursday Night Slot. The Drama Is Scheduled To Premiere On September 22.

” Dali And Cocky Prince ” only a few days will start airing. Ahead of the broadcast, the KBS drama production team continues to present photos of scenes and interviews belonging to Park Gyu Young who plays the female main character, Dal Li.

“Dali and Cocky Prince” is a romantic comedy that tells the story of Jin Mu Hak ( Kim Min Jae ). He was a man who had no education and book savvy but was very resourceful and gifted in earning a living.

During the interview, Park Gyu Young also said that viewers can look forward to the visual elements of Dali And Cocky Prince . When I first arrived at the museum filming location, I wondered if it wasn’t actually a filming location and they just moved the entire museum, said Park Gyu Young.

I thought there would be a lot of fun (for viewers) to see on set, which looks like a real-life gallery. Also, I thought it would be fun to see the unique outfits worn by Mu Hak and Dal Li, who each have a very different style. typical, added Park Gyu Young.

Park Gyu Young also shared, I hope ‘Dali and Cocky Prince’ will give viewers time to laugh without worry. The director, cast, and crew all gathered and poured positive energy into the drama during filming. it’s a lot of love.

Park Gyu Young also commented on the nickname “Jin Li couple” made by fans by taking the name of his character and Kim Min Jae. I like the nickname ‘Jin Li couple’. I also think ‘Dal Gam’ or ‘Gam Dal couple’ from ‘Dali and Gamjatang’ (Korean title ‘Dali And Cocky Prince’) will be good too, concluded Park Gyu Young.

Meanwhile, “Dali And Cocky Prince” is prepared to be broadcast as a substitute for Sell ​​Your Haunted House in the Wednesday-Thursday night slot. The drama is scheduled to premiere on September 22. Don’t miss watching it. 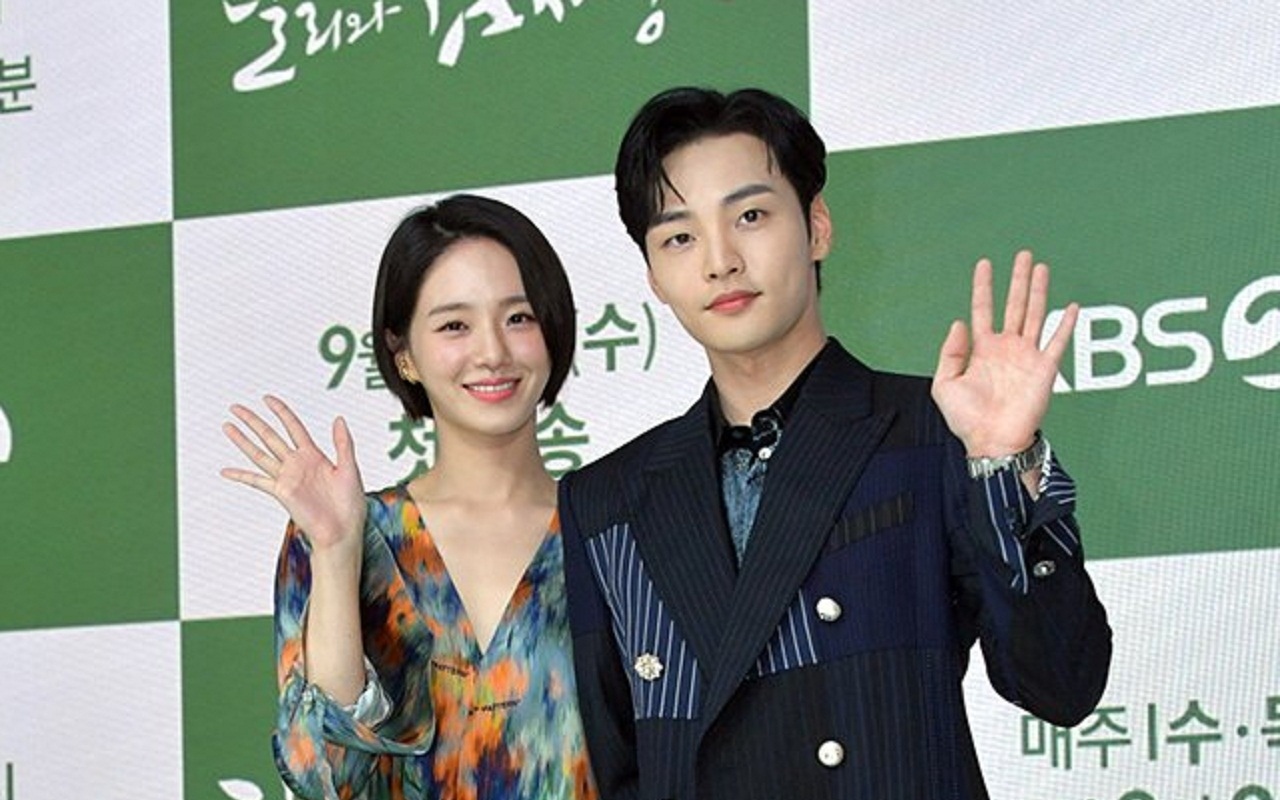 While Attending The Press Conference For ‘Dali And Cocky Prince’ On Thursday (16/9), Park Gyu Young And Kim Min Jae Revealed How They Felt About Reuniting In This Drama.

KBS drama ” Dali and Cocky Prince ” held a press conference on Thursday (16/9) today. On this occasion, Kim Min Jae and Park Gyu Young talked about their chemistry with each other.

“Dali and Cocky Prince” itself marks the reunion project of the two. Because in 2017 they had competed acting in a film called ” Love + Sling “. Because they already know each other, they feel comfortable once they are paired in this drama.

Kim Min Jae said, It feels good to see each other again after a long time. Thanks to that comfort, our concentration level while filming is also getting higher. We talked a lot and gave each other understanding during filming.

Park Gyu Young expressed the same thing. According to him, the atmosphere on set was always pleasant because Kim Min Jae often helped him.

On the set, Kim Min Jae is a gentle and flexible person. Besides that, he also has his own power. I received a lot of help from him, so filming felt more fun.

Meanwhile, “Dali and Cocky Prince” is a new drama about the romance between Jin Mu Hak (Kim Min Jae) and Kim Dali (Park Gyu Young). Jin Mu Hak is described as a man who lacks education and intelligence, but is very resourceful and good at making a living.

Kim Dali has a very contrasting personality. Because she is an intellectually intelligent woman and comes from an elite background, but doesn’t know how to take care of herself.

This drama itself is prepared to fill the KBS Wednesday – Thursday airing slot. The plan, the drama, which also stars Kwon Yool , will start airing on September 22.