Before Filming The First Night Scene Of ‘The Red Sleeve’, Lee Se Young Was Seen Asking Junho Something That Was Quite ‘Adult’. Curious What It Is? Take A Peek In The Following Video.

It didn’t take long for MBC to release a behind the scene video for the last episode of ” The Red Sleeve “. One of the videos shows the process of filming the first night of Yi San or King Jeongjo ( Junho 2PM ) and Seong Deok Im ( Lee Se Young ).

In this scene itself, King Jeongjo suddenly tells Seong Deok Im to come to his room. Despite being angry with the treatment, Seong Deok Im was finally willing to spend the night with the King and accept him as her husband.

The video filming the scene begins with Lee Se Young and Junho coming to the location with cheerful expressions. The funny thing is, Lee Se Young suddenly asked Junho something quite mature by bringing up people’s names.

Lee Se Young asked with a coy expression, “People say that if Deok Im takes off [her clothes], won’t San take it off too?”

After making small talk, Junho and Lee Se Young began to practice their dialogue and movements. Different from what was shown, they continued to fill the set with laughter during the scene. Lee Se Young even aggressively pulled Junho towards him making the director laugh.

However, as soon as the camera turned, Junho and Lee Se Young immediately transformed into King Jeongjo and Seong Deok Im. They spoke their lines with all their heart and did passionate kissing scenes.

Not long after, the director suddenly cut the scene, making Junho and Lee Se Young a little surprised. Nevertheless, they seemed to laugh cheerfully and hug sweetly at the end of filming. 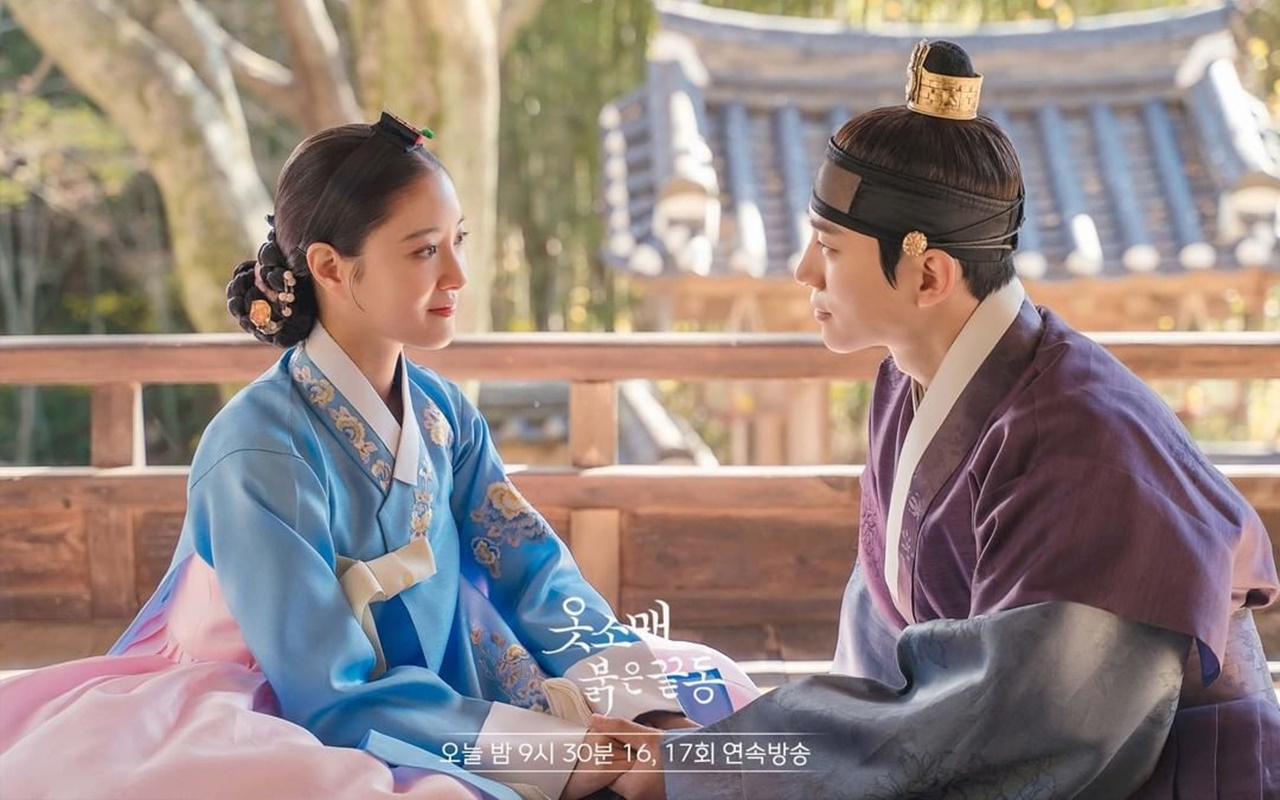 Meanwhile, “The Red Sleeve” presents many sad and tearful scenes in its last episode. Especially because the married life of King Jeongjo and Seong Deok Im is filled with sorrow. Their son died when he was young, as did Seong Deok Im, who died at a young age while pregnant.

To reduce the sadness of the audience, the production team presents scenes that can be considered as afterlife .

The Friday – Saturday Night Slot Left By ‘The Red Sleeve’ Will Be Replaced By ‘Tracer’. In the last episode of the MBC drama, the household of Yi San ( 2PM’s Junho ) and Seong Deok Im ( Lee Se Young ) went through many trials.

But their son died at a young age. As if that wasn’t enough, Seong Deok Im also ends up sick and dying. Seong Deok Im signaled his love by saying he did not regret his decision to become Yi San’s concubine.

In his old age, Yi San finally turned a blind eye to himself. But he wakes up with a youthful physique beside Seon Deok Im.