IVE Is Preparing To Debut In Early December. This Time, The Introduction Of Jang Won Young’s Video, Beauty To Childhood Photos Has Successfully Reaped This Reaction.

Ahead of their debut, IVE released an introductory video belonging to Jang Won Young . The former IZ * ONE member managed to capture the hearts of fans through his cute appearance.

On Saturday (20/11), Jang Won Young caught the attention of fans by introducing himself as a member of a new group. Jang Won Young’s childhood photos were also revealed along with the meaning of his name. “My name means shining forever,” said the 17-year-old singer.

Proving his charm, Jang Won Young as a child looked as beautiful and tall as now. The girl with a body height of more than 170 cm claims that she is a “Giant Baby”. Next, she revealed her passion for fashion and beauty.

“I like fashion and beauty these days. I will tell you a secret. Sometimes I hold fashion shows alone at home,” said Jang Won Young. 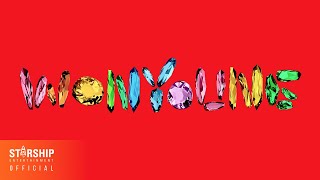 Before the video ended, the 1st place winner of ” Produce 48 ” added, “My hobbies are dressing up and going to restaurants, but actually, I prefer to sleep at home.”

No doubt, the IVE introduction video entitled “Show What I Have” received admiring reactions from netizens. Reaping a lot of praise, Jang Won Young successfully made fans impatient with the debut of IVE in the future.

“As expected of Wonyoung… so beautiful,” commented a netizen. “Really a princess, very beautiful,” continued another. “Ah, very funny,” added another netizen.

Meanwhile, IVE is scheduled to debut on December 1. After witnessing a glimpse of Jang Won Young’s unique appearance, fans are increasingly impatient to see the stage action of this group made by Starship Entertainment.