Manchester United is out of the top 20 of the global ranking of football clubs according to FiveThirtyEight . Juventus who are in a slump, are not in the top 30 list.

Despite winning their last two games after being humiliated in the Manchester derby, Erik ten Hag’s side are ranked 22nd.

But it would be a big surprise to know that RB Salzburg and Brighton are both ranked higher than Manchester United .

Brighton complete the top 20 clubs despite recently dropping to seventh in the Premier League. Newcastle United and Chelsea all rose above them.

Bundesliga champions Bayern Munich are in second place, while Manchester City are at the top of the power rankings to be crowned the best team in the world.

An excellent performance from Erling Haaland has helped City rise to this position.

Pep Guardiola’s side have not lost a game in the Premier League and have already progressed to the knockout stages of the Champions League.

(Big 15) Alphonso Davies joined Bayern Munich in 2019 from Vancouver. The Canadian defender scored his first goal at the age of 18 years 5 months 15 days in a 6-0 win over Frankfurt. Davies managed to transform into one of the best defenders in the world today. 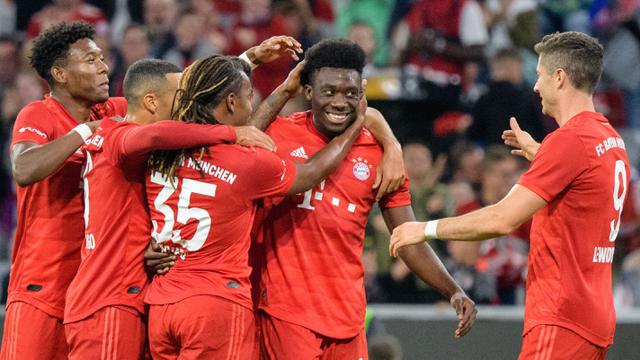