The PD Of ‘The House Detox’ Revealed That The Production Team Realized The Program Was Giving People A ‘Healing’ Because Many Celebrities Contacted Them To Be Guests.

Yoon Eun Hye will be the next guest star for the program ” The House Detox ” which will air Monday (10/8). Ahead of the broadcast, the production team of this new tvN program released a video teaser which would certainly be a pity to miss.

“The House Detox” itself is a new program hosted by Shin Ae Ra , Park Na Rae and Yoon Kyun Sang . All three will help people or celebrities to organize their homes.

The teaser opens with Yoon Eun Hye greeting viewers by saying, “I’m Yoon Eun Hye, it’s been a while (since I last appeared on TV).” The teaser turns to Park Na Rae who enters a packed closet and asks worriedly, “What’s with this?”

When Park Na Rae checked things in another room, she told Yoon Eun Hye, “I feel nauseous”. In the living room, they all put a lot of shoes lined up all over the floor.

Yoon Eun Hye said, “I’m embarrassed, to be honest. I can see the greed I’ve been holding on to. The members of Park Na Rae then revealed a big change for Yoon Eun Hye after the organization was over. She was shocked and cried and they cheered her on. !” he said in tears, making them laugh.

In an interview with Sports Chosun, PD Kim Yoo Gon shared, “‘The House Detox’ and contacted us, saying, ‘I need help. We’re very grateful. Yoon Eun Hye lives with her three roommates so their stuff gets mixed up. said while watching the show, he realized he had to empty his things.”

PD Kim Yoo Gon shared that the production team realized his program was giving people a “healing” because many celebrities contacted them to guest on “The House Detox”.

PD Kim Yoo Gon describes organizing as entertaining and says it helps people to realize what they value and he says that moving things around can also make a house seem bigger. 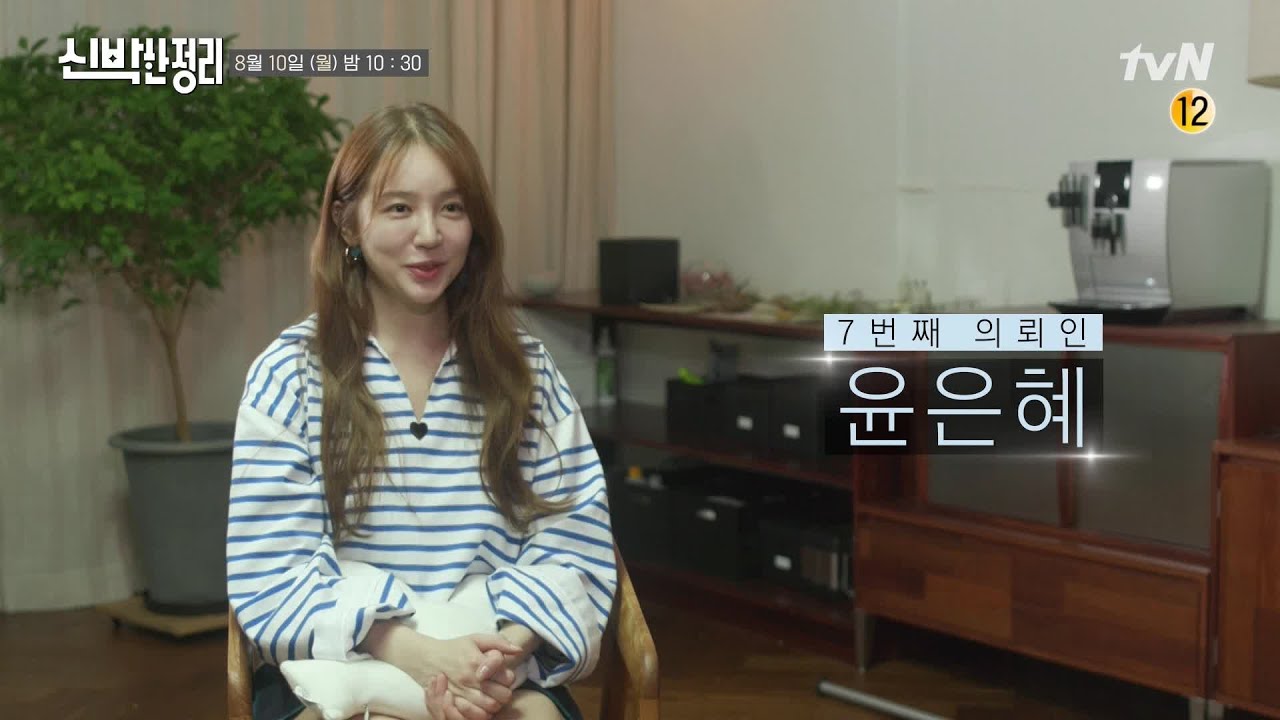 Yoon Eun Hye Invited The ‘The House Detox’ Team To Her House, Sharing That She Lived With Her Manager For 10 Years And A Close Friend Who Is A Vocal Coach.

The program’s producers previously revealed that Yoon Eun Hye had contacted them to ask for their help.

Yoon Eun Hye invited the team to her house, sharing that she lived with her manager for 10 years and a close friend who is a vocal coach. The star of the drama ” Fluttering Warning ” explained how they started living together.

“I was lonely when I lived alone, so I often invited many people and we started living together,” said Yoon Eun Hye. The beautiful actress shared that living with other people has made her more extroverted as well as happier.

in Yoon Eun Hye’s house start from the living room cupboard containing their belongings, the hallway dressing table where they keep things together like gym equipment and socks, lots of storage space for shoes, space for clothes and more.

As a first task, he and the “The House Detox” team brought all of Yoon Eun Hye’s and her roommate’s shoes to the living room. “This doesn’t feel like something to be proud of, I’m embarrassed,” said Yoon Eun Hye.

They got to work sorting the shoes into what he needed, what he wanted, and what he had to throw away. Yoon Eun Hye served the team food after they had finished their work and she and her roommates continued to sort things out.

“The House Detox” features how they’ve spent the longest time getting rid of items from all the guests on the show so far, and they’ve also gotten rid of most of the stuff.

When Yoon Eun Hye returned to see her newly remodeled house, she was first surprised to see that there was still space in the shoe rack near the entrance. “Where did they all go?

Her wardrobe has also been reorganized and now her clothes are easy to find and the room that used to be filled with clutter has changed.

Shin Ae Ra tells him, “Actors need their own space”. Yoon Eun Hye said, “I thought my heart was going to explode”. Although there was hardly any room to walk around in the previous room, it had been converted into a room where she could apply makeup, read, record videos and more. Yoon Eun Hye is happy that she can now do many different hobbies in this transformed space.