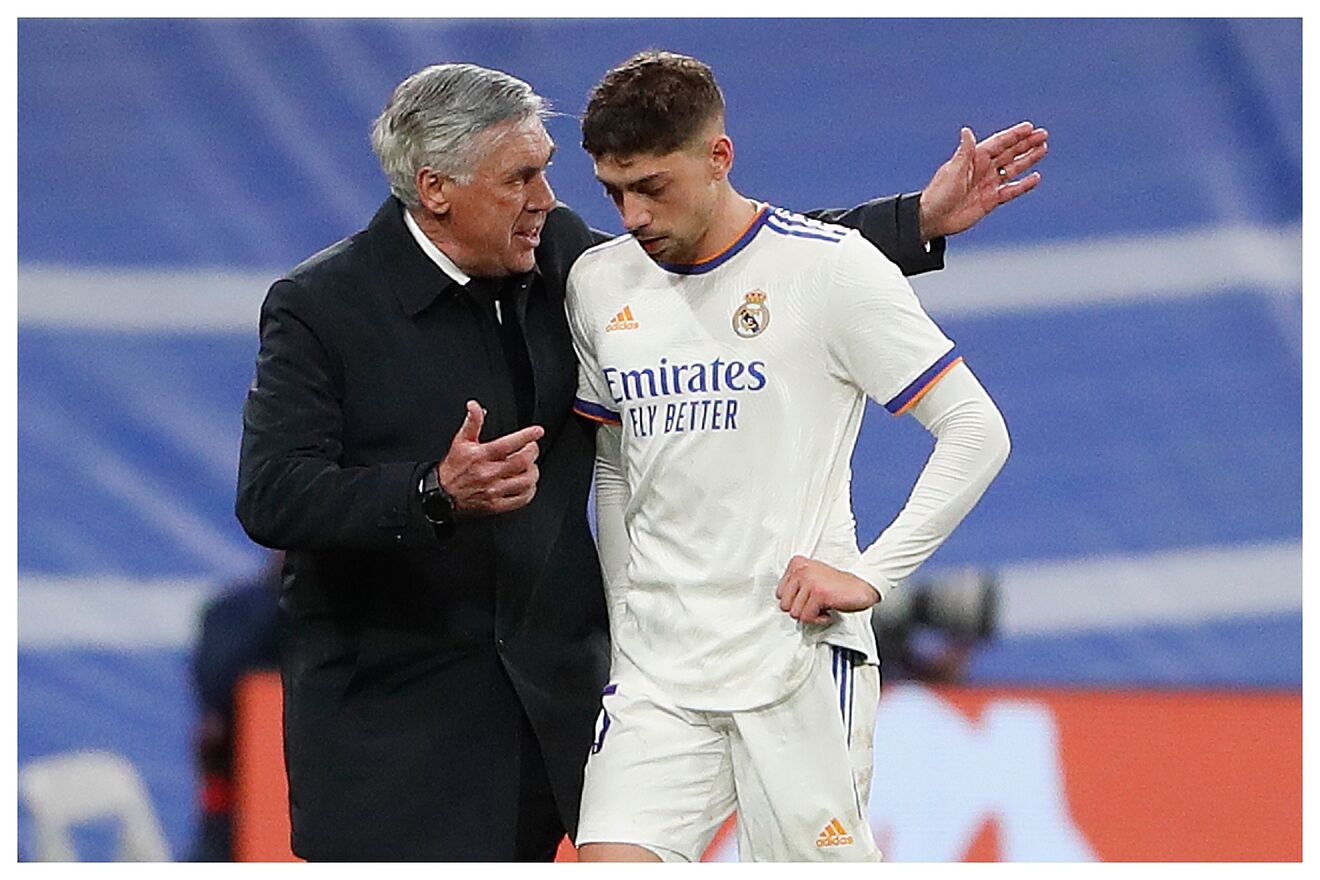 Carlo Ancelotti starts his fourth season at the helm of Real Madrid with a team that fills him, a reinforced squad with Tchouaméni and Rüdiger and from which Isco, Marcelo and Jovic have left , three totally residual players last season.

The European and League champion starts with a change of drawing that already appeared in the final stretch of last season. The growth of Fede Valverde made Carlo Ancelotti modify something that for months seemed non-negotiable, the 4-3-3, at least that scheme with a pure attacking player on the right wing. The Uruguayan is not a winger, he is a round-trip midfielder who strengthened the white midfield, improved Carvajal by making the winger always feel more protected and his value in attack was no less than that of Rodrygo or Asensio . In fact, the play in Saint-Denis that ended with Vinicius ‘s goal and the Fourteenth in Cibeles was born from his power and verticality.

Not many players manage to get a team to change their drawing because they insist on breaking down the door. In Madrid Isco did it in 2017, when Zidane left Bale and the BBC behind, who was untouchable, before the push of an unleashed player who joined the Bermuda Triangle so that the 4-3-3 will vary to a drawing with four midfielders.

Ancelotti is today a veteran coach, a coach with character whose decisions are based on lived experience. Among them, there is one from which Carletto learned a lot in his early days on the bench. It was the day he said no to Roberto Baggio for not changing his game plan. “We were able to sign him for Parma. We played 4-4-2. I talked to him and he told me that he wanted to play as a midfielder, so the system had to be changed because he already had two strikers. I told him no; if they ask me today I say Baggio and we changed the system. I went to Juve, with the idea of ​​4-4-2… and I found Zidane . Then I learned to adapt to the players,” Ancelotti toldJorge Valdano .

The passage of time made him see that that was a bad decision and that you play based on the players you have more than a preconceived scheme. Ancelotti has proven to be a coach who does not limit himself to a game record. He explained it clearly last winter when Madrid was accused of being a team that played against. “I like to have different registers of the game, that we are capable of interpreting very different game situations well”.

Debut in the Super Cup

With Fede Valverde Madrid expands game records and variants. Last season, the Uruguayan started as a starter, although after that decision was the absence of Kroos due to injury. The change of the team system was not on the table, but until the end of the season there was not really a scenario to face it. Because Valverde was injured in October at the Camp Nou and entered a phase in which it was difficult for him to have the energy he used to have.

When he did it, it was to add a lot to the incredible path of the Champions League comebacks. In Paris, where it was very clear that either Madrid played at a different pace and with more legs or there was nothing to do, he only played the final eight minutes in a game in which Mbappé destroyed a Carvajal who never had help. From there, Valverde only missed eight minutes of the Champions League: four in London in the 1-3 against Chelsea and the last four of the final.

Throughout that path, Ancelotti mixed ideas, but Valverde was always in the team. When Casemiro was missing, Kroos was the pivot and the Halcón played the German; when the CMK was complete, he entered the team in the position that previously belonged to Rodrygo or Asensio .

The 2022-23 season kicks off for Real Madrid next Wednesday with the European Super Cup. It will, unless unforeseen, with Valverde in the starting eleven play in that position that reinforces the midfield and at the same time strikes as if it were a winger. It will be the debut of the Uruguayan in this competition. In 2018, against Atlético de Madrid in Tallinn, he was a substitute. That August 15, with the 27 on the shirt, he was a substitute and it was assumed that he was going to find a destination before the market closed. In the end he stayed. When Lopetegui left Madrid in October, there was a lot of talk about Vinicius, but what really stuck in the Basque’s mind was whether Valverde and his energy should not have counted. All he gave him was 36 minutes against theViktoria Plzen days before the 5-1 at the Camp Nou, the one that sentenced Julen. Solari arrived , and Valverde undertook a flight that today is imperial.