Following The Public’s Love For The Story, The Script Book ‘Hometown Cha-Cha-Cha’ Will Be Published Soon After The Drama, Starring Shin Min A And Kim Seon Ho, Ends.

The popularity of ” Hometown Cha-Cha-Cha ” is no longer in doubt. In addition to always getting a high rating for each episode, the drama, starring Shin Min A and Kim Seon Ho, has also become a top-ranked television program on Netflix.

“Hometown Cha-Cha-Cha” is a drama remake of the movie ” Mr. Hong ” which tells the story of the meeting of Yoon Hye Jin (Shin Min A) and Hong Du Shik (Kim Seon Ho) in the seaside village of Gongjin. Wanting to have another job, Yoon Hye Jin opened a dental clinic in Gongjin and settled there. During his time in Gongjin he was often assisted by Hong Du Shik, a man who looked like he was unemployed but was agile in doing all the work as requested.

On Friday (1/10), a publishing company Booklog Company announced that it would publish the manuscript book “Hometown Cha-Cha-Cha”. Scheduled for release next November, orders for this script book will begin on October 7th. The publication of this script book follows the popularity of the drama that aired that weekend.

Since its initial broadcast, “Hometown Cha-Cha-Cha” has started with an outstanding track record. In the first episode, the drama managed to achieve an audience rating of 6.8 percent. The figure then peaked at 11.4 percent in the last 10 episodes.

Even “Hometown Cha-Cha-Cha” has made Kim Seon Ho’s name included in the ranks of A-list actors. Meanwhile, Shin Min A’s name also shines through her role as a dentist who is straight and upholds her values. There is no doubt about the acting of both of them, reaping a lot of love from viewers.

Although the news about the “Hometown Cha-Cha-Cha” script book was announced by the official publisher, the author has not made any comments. So that fans are increasingly curious about how the story of Yoon Hye Jin and Hong Du Shik is packaged in a script book sheet.

Meanwhile, “Hometown Cha-Cha-Cha” only has six episodes left before closing the story. This drama can be watched every Saturday and Sunday at 21.00 local time. 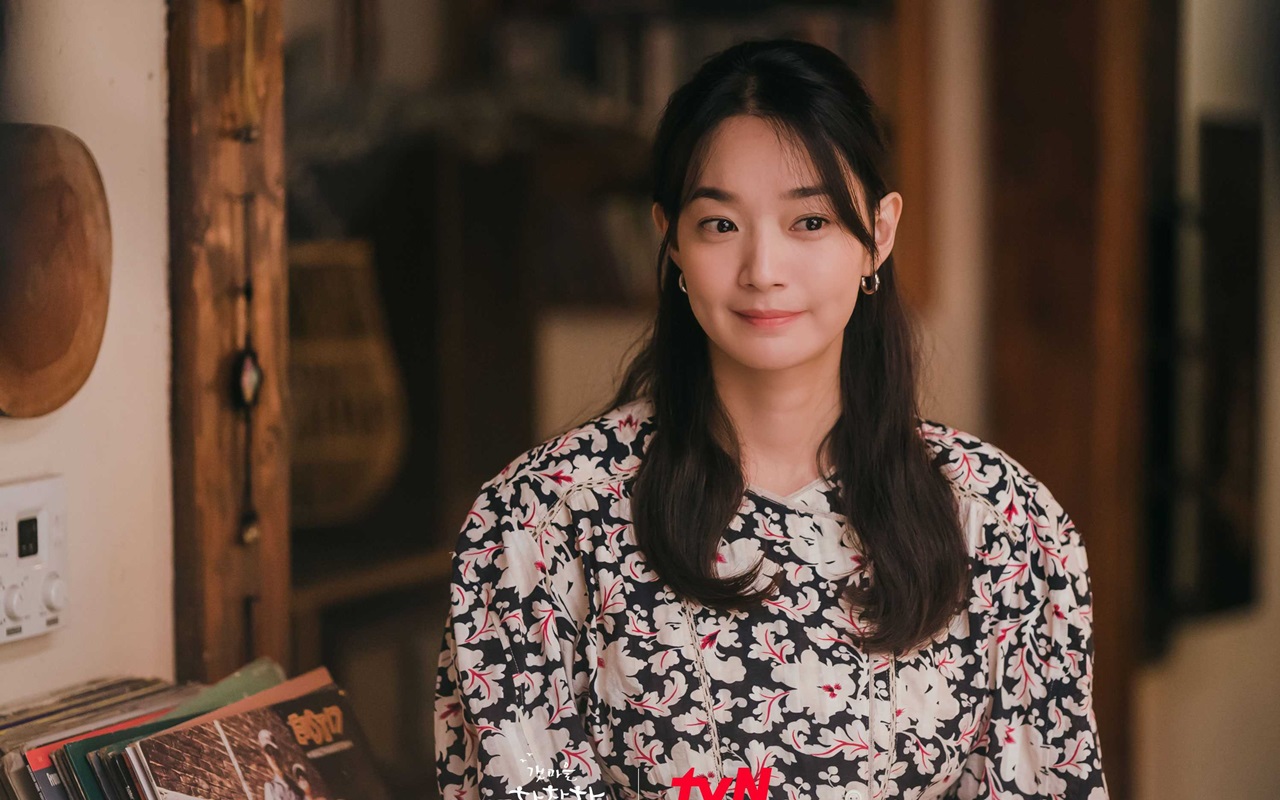 ‘Hometown Cha-Cha-Cha’ Tells Of Yoon Hye Jin (Shin Min A), A Dentist Who Moved From Seoul And Hong Doo Shik (Kim Seon Ho), A Casual Worker Who Helps Everyone Around Town.

Shin Min A and Kim Seon Ho appeared in the latest video uploaded by The Swoon’s YouTube channel. The main couple of ” Hometown Cha-Cha-Cha ” scrambled to answer first so as not to receive the “punishment” of wearing unique accessories.

Since the beginning of the game, Shin Min A has been actively answering and dressing Kim Seon Ho in such a unique way. The beautiful actress paired graduation glasses to scraf, vast and flowery pants for Kim Seon Ho.

One of the questions that Shin Min Ah managed to answer was, Of all the characters you’ve played, which one is the most similar to you in real life? Kim Woo Bin’s lover chose the character Yoon Hye Jin in “Hometown Cha-Cha-Cha”.

Shin Min A also explained the reason for choosing the character Yoon Hye Jin. He imagines what he wants to look like and tries to be like that. It’s similar to me. But actually he is far from his ideal self. That’s what Hye Jin and I have in common, said Shin Min A.

Answering the question, Shin Min A chose Rudolph nose accessories for Kim Seon Ho to wear. Okay. I’ll wear it. I feel a bit weird because I can’t see myself. I’m wearing loose flowery pants, these glasses, and Rudolph’s nose. This is one of my worst looks, said Kim Seon Ho.

The game continues and makes Kim Seon Ho lose because he gets the most accessories. The handsome actor was shocked and could only laugh when Netflix staff revealed that all questions had been asked.

“Hometown Cha-Cha-Cha” is a romance drama that tells the story of Yoon Hye Jin (Shin Min A), a dentist who moves from Seoul to the seaside village of Gongjin, and Hong Doo Shik (Kim Seon Ho), a casual worker who helps everyone. people around town.

Meanwhile, “Hometown Cha-Cha-Cha” successfully recorded a new highest rating in the tenth episode that aired on Sunday (26/9). According to Nielsen Korea, the drama earned a rating of 11.4 percent, while at the same time ranking first on all channels in the same slot.