While Attending The First Script Reading Of The MBC Drama ‘The Red Sleeve Cuff’, 2PM’s Junho Expressed How He Felt Working With Lee Se Young.

MBC shared photos and videos of the first script reading for the drama ” The Red Sleeve Cuff “. The event was attended by the director, writer and cast including 2PM’s Junho and Lee Se Young .

“The Red Sleeve Cuff” is a drama adapted from a novel of the same name. Set in the 18th century, this drama depicts the love story between King Jeongjo and the royal concubine Uibin Sung.

Lee Se Young plays Sung Deok Im who is a palace maid. He gets involved with Crown Prince Lee San (Junho) who eventually ascends the throne to become King Jeongjo.

During the script reading, each actor showed passionate acting while immersing himself into his character. They also seem to be quite familiar with each other even though this event is their first official meeting. That’s why the script reading session was serious but relaxed.

After the show ended, Junho expressed his thoughts about working with Lee Se Young. He said, Lee Se Young is an actress I want to meet through a project someday, so I’m happy to work with her like this.

Junho also asked viewers to look forward to this drama. I think this drama has a different and special charm when compared to the original work. Please really like this drama, added the 31-year-old idol.

Like Junho, Lee Se Young also really liked this drama script and promised to work hard to portray his character. I really enjoyed the script and the original work, said Lee Se Young.

I prepared this project while hoping to portray Deok Im beyond the original work. I also anticipate fantastic teamwork, concluded Lee Se Young.

Meanwhile, “The Red Sleeve Cuff” is prepared to replace the broadcast slot of ” The Veil ” on Friday – Saturday night MBC. The plan, this drama will start airing on November 5. 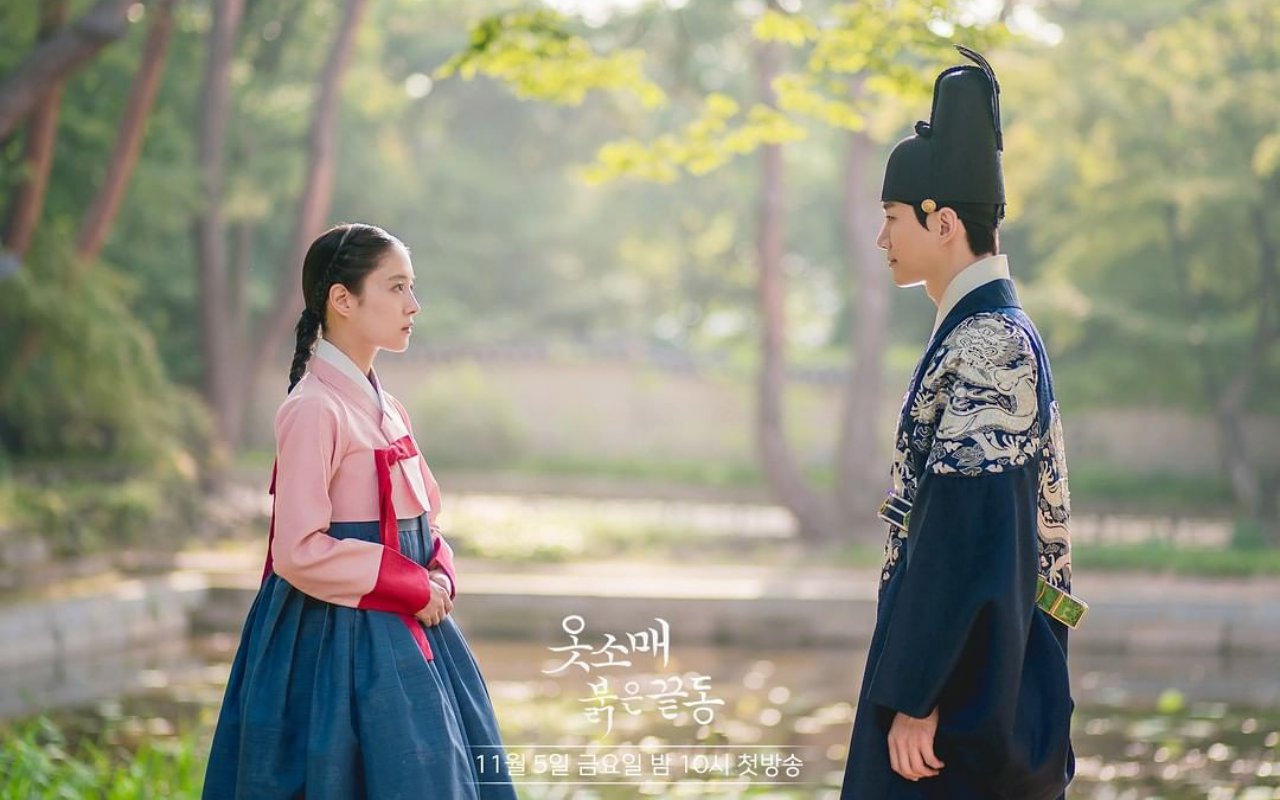 Lee Se Young And 2PM’s Junho Look At Each Other On ‘The Red Sleeve Cuff’, Interaction Triggers Curious

MBC Teased Viewers With Stills Of Its Latest Drama, ‘The Red Sleeve Cuff’. Staring At Each Other Amidst The Beautiful Scenery, Lee Se Young And 2PM’s Junho’s Interactions Sparked Curiosity.

MBC has just released stills for ” The Red Sleeve Cuff ” (literal translation) as an upcoming drama. This time, the interesting chemistry between 2PM’s Junho and Lee Se Young is shown in the still cuts.

Adapting the famous novel, “The Red Sleeve Cuff” is a sageuk drama set in Korean history that tells the story of palace romance. This drama tells the story between a palace woman or a royal concubine who wants to protect the life of her choice and an emperor who puts the nation above love.

In this drama, Junho plays Yi San, a direct descendant and eldest grandson of the king. Meanwhile, Lee Se Young plays the court lady Sung Deok Im who wants to make her own decisions about her life rather than being one of the king’s concubines.

In the newly released stills, Yi San and Sung Deok Im are standing by a quiet pool. Yi San exudes elegance and power in his royal robes, and Sung Deok Im wears a traditional dress with red cuffs.

Yi San and Sung Deok Im make heart-fluttering eye contact. Even the romantic atmosphere between the two increased with the support of the beautiful scenery.

Interestingly, the scene where Yi San and Sung Deok Im exchanged glances stole the viewers’ attention. The reason is, a palace lady is actually not allowed to look the crown prince in the eye directly.

With Yi San looking at Sung Deok Im with sparkling and interested eyes and replying with a bashful expression heightening viewers’ curiosity. So the question arises, what kind of romance will develop between the two of them in the future?

Meanwhile, “The Red Sleeve Cuff” will still premiere on November 5. This drama is prepared as a substitute for ” The Veil ” which will later fill the Friday and Saturday slot at 22.00 local time.