Hold on tight because a thunderstorm is coming at Manchester United 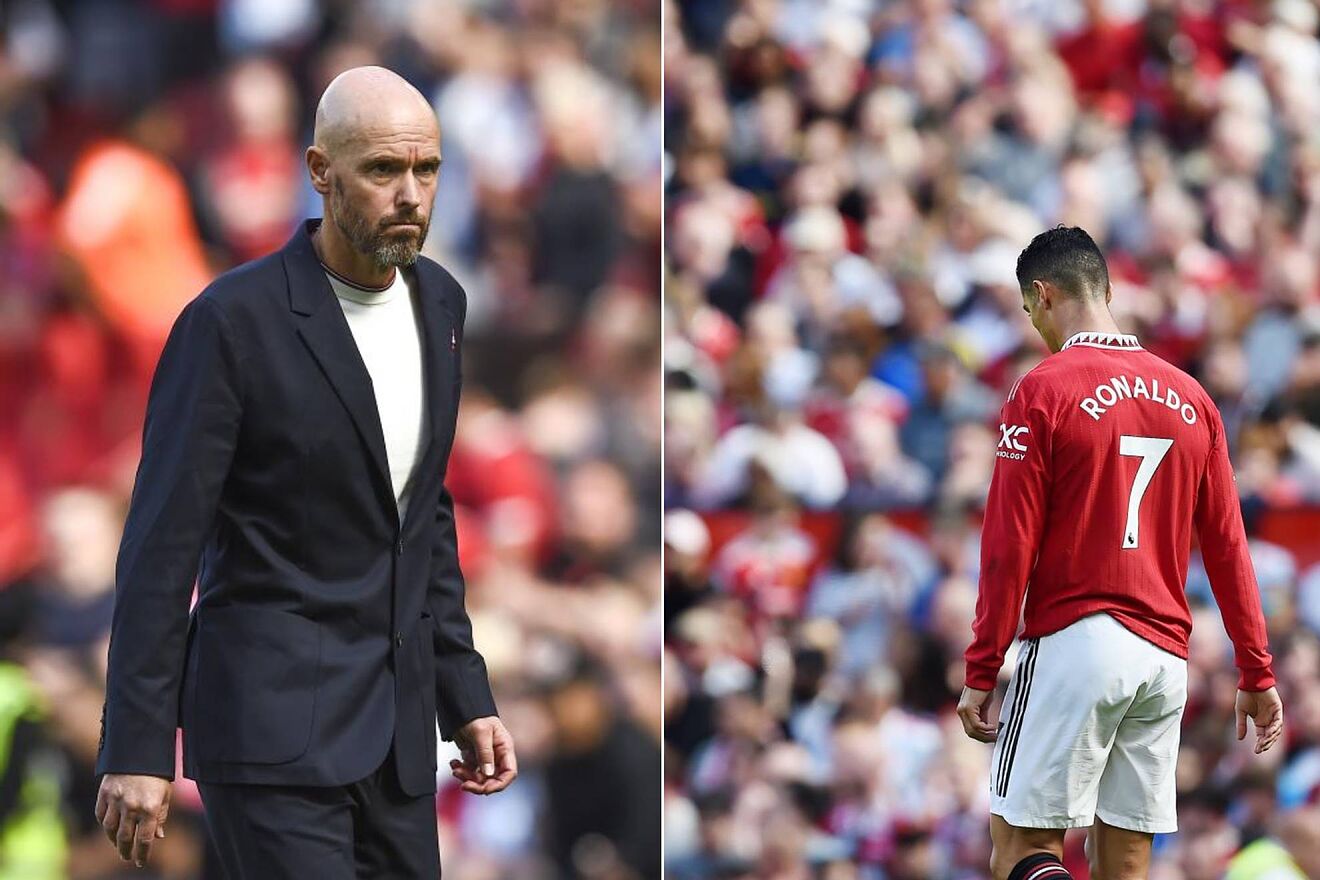 New manager, new season, renewed hopes…until Brighton arrive and storm Old Trafford with their first win in 113 years. It hasn’t been long since the radiant optimism that enveloped United under the new management of Erik ten Hag has given way to the first boos from the ‘red devil’ parish. The fall to hell of Manchester United seems to have no end and far away is a reign that came to spread fear in English football.

” It’s a hell of a job . We have to take the lessons and learn quickly from them. We don’t have time and we have to deliver ,” analyzed the Dutch coach after the first loss of the season. Erik ten Hag ‘given’ a phrase to a crowd accustomed to winning and fighting for all the titles (and not “complying”) to make clear the difficult season ahead. The new signings, Lisandro Martínez and Tyrell Malacia , do not generate much enthusiasm and Cristiano Ronaldo ‘s situation is becoming increasingly unsustainable. The Portuguese star is convinced that he has enough reasons to leave and Jorge Mendes will not rest until he achieves his goal.

“The first thing you do when United’s phone rings…”

After the tough defeat against Brighton (1-2), several voices authorized to speak in depth about Manchester United have decided to take the microphone and analyze the current situation of the ‘red’ team.

” The first thing you do when the Manchester United phone rings is turn down the offer , because the reality is that after losing that game against Brighton on Sunday… they are actually negotiating from an even worse position than they were on Saturday, and that it’s an even bigger problem for them,” former soccer player Gary Neville said .

“I have a comment on anything in the world, except on the information that Manchester United signed Marko Arnautovic. I have nothing to say. We have seen Radamel Falcao, Zlatan Ibrahimovic, Edison Cavani, Odion Ighalo , desperate, it is It’s a pattern. It’s happening over and over again. I don’t even get mad anymore.”

The ‘dream’ of Roy Keane and the stick to Cristiano

Former English footballer and current sportscaster, Roy Keane , took on a more moderate role and mortgaged United’s future to the transfer card: “If they get some players over the next few weeks they might be in the top four .”

“At the moment, you wouldn’t say they’re one of the favorites for the top four, but if they can close a couple of deals that they’re clearly after, then you’d have to say Man Utd have enough in their dressing room , added to the new manager, to compete. in the Premier League.”

In addition, Roy Keane took advantage of his appearance on Sky Sports to throw a dart at Cristiano Ronaldo: “I’m glad he didn’t leave early,” he said with a certain burlesque tone. The former United captain remembered the Portuguese’s departure from the stadium before the game against Rayo Vallecano ended last week.

Erik ten Hag ‘s frustration has meant that Manchester United have to continue searching the market to strengthen their squad. A very complicated job for a sports management that has focused all its efforts on the spinal cord . The Dutch coach believes that the escape route to avoid another debacle lies in three key players.

Fabián Ruiz (Naples) and Frenkie de Jong (Barcelona) have become United’s priority for midfield and Leroy Sané the hope to reinforce the attack. The Bayern winger , with a contract until 2025, could be the piece that Ten Hag needs to end the goal problem (25 goals and 28 assists in the 91 games he has played with the German team).