One by one, the iconic antagonists get to the stage: after Joker, Harley Quinn, and Maleficent, now it’s Cruella de Vil’s turn . The story begins long before he became obsessed with dog hair in 101 Dalmatians in the iconic Disney film.

Born with a beautiful name, Estella ( Emma Stone ), she was born with hair that makes people frown, one side is black and the other part is white. After being able to speak, it was his recklessness and sharp tongue that made people wince. By her mother (Emily Beecham), when Estella persists with her sharp speech, she gets the nickname Cruella.

His world turned upside down after watching his mother die with his own eyes. Little Estella blames herself for her mother’s death, and flees to London.

Usually sewing disguises while in action, Estella secretly longs for life as a fashion designer. Fate brings him to meet Baroness (Emma Thompson), a seasoned couture designer with a cold heart and doesn’t care if he has to step on others for his success.

The Baroness’ sharp eyes caught Estella’s talent. Instead, Estella finds the key that the Baroness has a close connection with the death of her mother a dozen years ago. 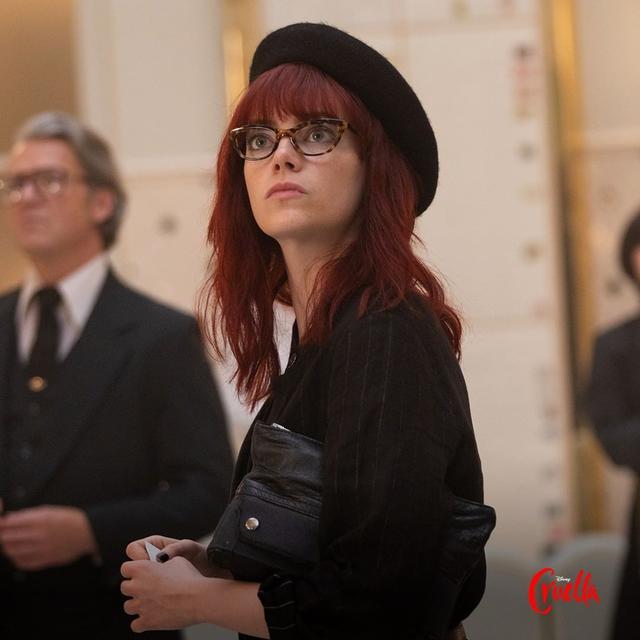 The other side of her, Cruella, awakened from her long slumber.

At first glance, Cruella immediately reminded him of a number of elements in other films. Estella et al’s tactics when stealing the property of their victims, remind of heist movies , aka theft films like Ocean’s Eleven . But don’t imagine super-sophisticated tricks. Considering that their capacity is only petty criminals, the equipment used is minimal, but this cunning trick is what attracts them.

Another magnet from Cruella , obviously coming from the costume and makeup department. Throughout the two hours of the film’s duration, scene after scene goes on like a non-stop fashion show. The Baroness’s graceful appearance, opposite Cruella, is like coming out of designer Alexander McQueen’s collection: groundbreaking and imaginative.

It is this element that makes the media and the public often mention the Devil Wears Prada -or sometimes De Vil Wears Prada – movie when talking about Cruella , even since the film’s trailer premiered.

Song Choice
Not only refreshing the eyes, Cruella is also tickling in terms of soundtrack choices. Director Craig Gillespie presents songs from two different poles to strengthen the identity of Cruella and Baroness on screen.

Nina Simone’s melodious and authoritative voice in “Feeling Good” is presented to present the aristocratic side of the Baroness.

As for the rebellious Cruella, there doesn’t seem to be a better choice than punk-rock songs like Blondie’s “One Way to Another” or The Clash’s iconic “Should I Stay or Should I Go”.

Emma vs Emma
What else is interesting about Cruella? Obviously, Emma vs Emma’s acting competition. This generation of different actresses gives beautiful appearances according to their respective portions.

Emma Thompson, who throughout her career has often played the protagonist, now stands as a villain with cynical and condescending eyes.

Meanwhile, Emma Stone seemed to merge her original persona as Estella in the early part of her appearance. Estella’s body movements are reminiscent of Emma’s original character, which tends to be comical, but once her character metamorphoses into Cruella, this impression wears off.

Doesn’t Feel Like Origin Story
Questions about this film itself, mostly come in terms of plot. If the costumes, musical arrangements, and excellent acting are put aside, the content is a formula that is not new, about seeking justice and revenge from the past.

Cruella actually has a lot of emotional potential that can be explored more, about identity, the discourse on psychology of nature vs nurture , to the relationship between mentor and student between Estella and Baroness. But Cruella was shaped to play it safe on the surface. For a light spectacle to welcome summer vacation? It could be.

Another thing that should be noted, this film tries to make the audience sympathize with Cruella—with all her black and white personality. It’s just that the longer the film goes on, Cruella here feels more and more distant from her figure in 101 Dalmatians.

Cruella doesn’t feel like the origin story, aka the story of the birth of the antagonist, but still takes references from 101 Dalmatians so that it still feels connected to this film. It’s a shame, but at least the phenomenal dresses worn by Emma Stone, and the cunning of this new version of Cruella, are still effective in making the audience feel at home in their seats.