Blackpink review: Light Up The Sky. Seeing Idols from a Different Side Being a public figure is always fun. Known by many people. Have fans from various countries. Being able to work as well as traveling around the world, and of course a lifestyle that is both glamorous and full of wealth. Maybe that’s what ordinary people see in Blackpink, a girl group from South Korea that is touted as the most successful Asian girl group today. Blackpink’s career is not only successful in Asia, but also in Europe and America (which is known as a scary specter by Asian musicians).

The success of Jennie, Jisoo, Rose, and Lisa did not come in a short time, nor did it go smoothly. At least, that’s the fact that is shown in the documentary Blackpink: Light Up The Sky by Netflix. This film will invite you, regardless of whether you are a K-Pop fan or not, to enter the life of the best Asian girl group today.

Unfamiliarity
If you’ve seen Jennie, Jisoo, Rose, and Lisa’s stage action. You will feel that the four members of Blackcpink have an emotional closeness, and that is not something that is made up. Since the beginning of the film Blackpink: Light Up The Sky, we are presented with conversations between the four members. Maybe some of you will consider the conversation normal. But from the dialogues, you will realize that their bonding on stage, as well as in everyday life, is indeed close. It’s not when you’re on a familiar gig, but when you’re outside, you hang out far away.

You could say the quartet of Jennie, Jisoo, Rose, and Lisa can be emotionally close, because they have the same “frequency” (besides living years in the same dorm). In a sense, each member can know. Is there anyone who is sad, confused, or needs help. In a scene in this film, Rose and Lisa tell how they can understand each other’s problems easily. Even without talking. 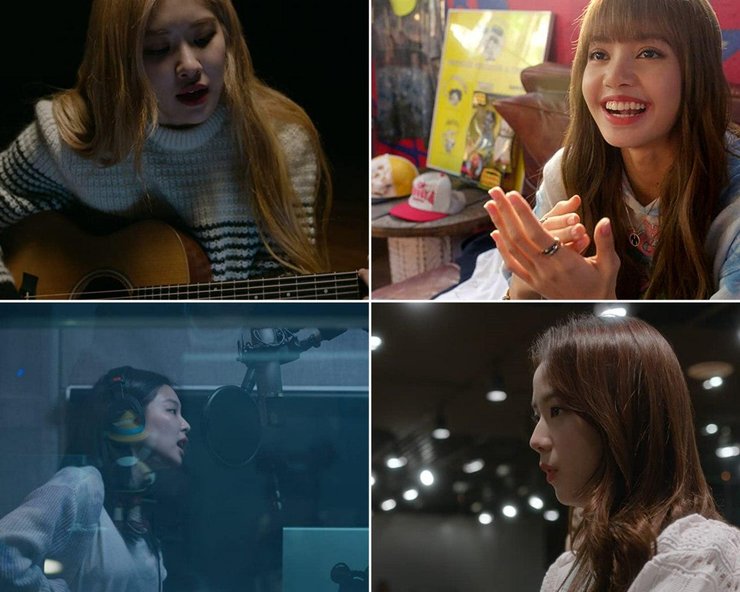 Endless Hard Work
Four years since debuting in 2016, Blackpink’s popularity is getting unstoppable. More and more young people want to be them: famous, have a good voice, good looking , and of course have a “wow” nominal income. You need to remember that Blackpink’s success is not based on “viral videos” or other sensations. The film Blackpink: Light Up The Sky shows that this group was formed with hard work.

You can see how Jennie, Jisoo, Rose, and Lisa struggled when they were trainees . Every day (for 13 days) they have to practice singing and dancing for approximately 14 hours, with 1 day off (every 14th day). Every month the trainees will be evaluated on their abilities in front of the management (similar to the final exam). This must be done by all trainees , until they finally make their debut. The result? In the span of 4 years, Blackpink is not only famous in South Korea and Asia, but all over the world!

Girl Group Consisting of Tough Women
When watching Blackpink: Light Up The Sky , we will realize that this girl group consists of tough women. Yes, behind the feminine and girly figure seen on stage or in the video clip. Jennie, Jisoo, Rose and Lisa are tough girls . Imagine, in their teens they have to live far from family, parents, and close friends. They also have to sacrifice their high school days, to become trainees .

Sad? Certainly. But they all have chosen to live this. As Rose tells in this documentary. Sometimes he feels weak and calls his parents to complain. But when Rose’s parents told her to go home, Rose immediately refused and said “going home is my last choice”. Scene Rose shows that life as a member of Blackpink is hard. But it’s not impossible to do.

Overall, Blackpink: Light Up The Sky is able to present another point of view of Jennie, Jisoo, Rose, and Lisa as “Blackpink” and also as individuals. We get to know more about the members, such as Jennie who is very shy, Jisoo who is cool , Rose who is sensitive, and Lisa who is always cheerful through this documentary. This Netflix production film is also able to photograph Blackpink’s journey in a brief, but informative way. From debut to the World Tour period.

However, in our opinion, Blackpink: Light Up The Sky will be even more dramatic (and stir the emotions of the audience). If it displays the up and down period of each member. For example, how the members cope with work pressure, their boredom or homesickness . Or how they deal with technical/non-technical glitches in their performance. For example, when Jisoo was hit by a severe backpain when she was going to perform at Coachella last year.

In short, Blackpink: Light Up The Sky is a documentary that everyone can watch, and lets us know the other side of a superstar.