Recently The Director Of ‘The Veil’ Revealed The Reason For The Success Of This Drama And Gave High Praise To Nam Goong Min’s Acting. What Is The Full Narrative Like?

MBC’s blockbuster drama ” The Veil ” has received a positive response since it aired on Friday (17/9). The drama, starring Nam Goong Min, is even praised for having the quality of a big screen movie.

The director explained, Even before ‘The Veil’ was released, I had confidence in its quality. Dramas and films related to intelligence services in various countries have been broadcast through OTT platforms.

He continued, Given Korea’s geopolitical position and military specificity, there is no country like Korea where intelligence services are important. This situation has not been found on the small screen lately.

So, while continuing the tradition of Korean intelligence, I want to present a drama that is suitable for the eyes of the viewers. With that in mind, I am sure that this drama will become a hit for the audience, added the director.

The director then praised Nam Goong Min’s acting ability which exceeded his expectations. That’s why he felt very surprised when he saw the actor’s hard work.

He said, In line with the title ‘Trusted Actor’, Nam Goong Min perfectly embodies the confused and sharp Han Ji Hyuk character. He showed extraordinary abilities as I wanted, but it turned out to be much better than I expected.

He surprised me with his strong skills from body transformation to his dedication at work, concluded director Kim Sung Yong.

Meanwhile, “The Veil” tells the story of an elite field agent at the National Intelligence Service (BIN) named Han Ji Hyuk (Nam Goong Min). After missing for a year on a mission, he bravely returns to BIN to find the traitor who sent him to “hell”.

The first two episodes of this drama itself successfully recorded high ratings. The breakdown is 7.2 percent for the first episode and 8.0 percent for the second episode. With these gains, “The Veil” successfully became the master of weekend drama broadcast slots and set a record for the MBC drama with the highest rating this year. 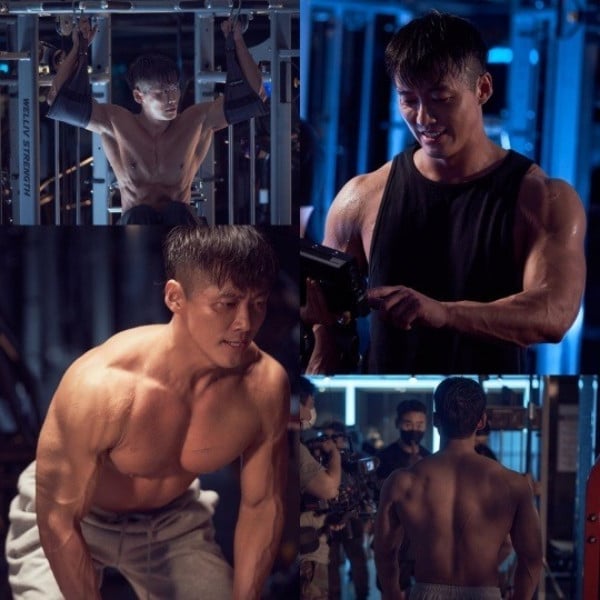 Nam Goong Min Shares Efforts To Build A Strong Body For His Role In ‘The Veil’, How Hard?

For The Sake Of His Role In ‘The Veil’, Nam Goong Min Must Show Totality Including In Terms Of Appearance. The Actor Tries To Shape His Body So That His Character Looks More Real.

Welcoming the premiere, MBC shared a picture where Nam Goong Min showed off his muscular body for the drama ” The Veil “. Investigate a calibaration, the actor who was born in 1979 has worked hard to get the body shape he is today.

MBC’s latest blockbuster drama, “The Veil” tells the story of an elite National Intelligence Service (NIS) agent who suddenly disappears. Han Ji Hyuk (Nam Goong Min) became a legend and role model for the NIS because of his perfect track record in carrying out missions. But while trying to corner an organized crime syndicate, he disappears and loses his memory.

“The Veil” will reveal who the traitor is who endangers the NIS and tries to eliminate Han Ji Hyuk. After missing for a year, he bravely returns and tries to find out the mastermind behind his destruction.

In order to accurately portray Han Ji Hyuk from both his physical appearance and acting, Nam Goong Min decided to increase his weight by 10 kg. Through diet and exercise, her physical transformation looks so amazing.

Because I played the role of the best NIS agent, I thought I needed to have a bigger body that shows the accuracy where my character in the story beats the opponent every time they get into a fight,” said Nam Goong Min.

With his efforts to build and gain muscle mass, Nam Goong Min revealed that it was part of his love for acting. According to him, he must be dedicated to showing total acting. In addition, he also revealed a way to get a burly body shape like it is today.

I talked about (bulking, or gaining body mass) during the first conversation with the writer, and he happily agreed to the idea, added Namgoong Min. Whenever I have a break from filming, I will practice martial arts or go to the gym, and still continue to work out.

Meanwhile, “The Veil” begins to be seen on September 17. This drama will air every Friday and Saturday at 22.00 local time.